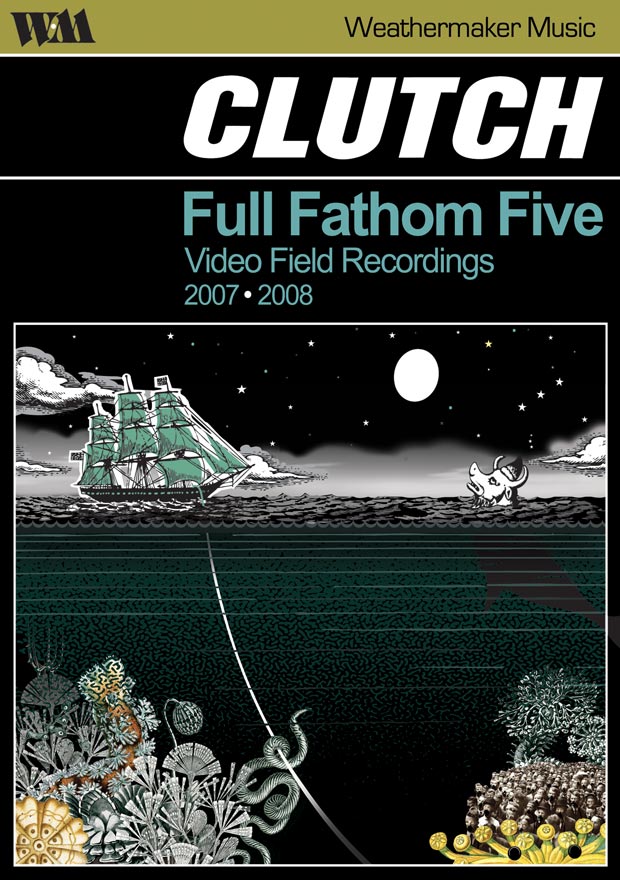 Prejudice against a human is immoral and illegal, prejudice against DVDs however is merely frowned upon. My initial impression of this DVD, prior to putting the disc into my crap DVD player was something along the lines of “The artwork is really, really cool, but a concert DVD? This is going to be incredibly boring!”

The “movie” itself is a collection of live footage of Clutch playing in Pittsburgh, Pennsylvania; Sydney, Australia; Boulder, Colorado; and Sayreville, New Jersey (NJ clips are from two separate occasions) between August 20, 2007 and March 20, 2008. At first I figured that this was just going to be weird, seeing 5 different shows rolled into one. I mean, obviously the dudes in Clutch would be dressed differently, right? The transitions between the clips from each location make it super easy on your brain to watch.

Honestly, I cannot recall a time that I’ve listened to Clutch before watching this DVD. Personally, I’m really into early 90s Nu Metal such as Helmet and Orange 9mm, Clutch has a similar sound to these bands, a lot of blues influence, actually probably a lot more blues has been incorporated into Clutch’s sound than either of those bands. Regardless, I really dug their tunes.

I still find it weird watching 95 minutes of concert footage, but at some point when I wasn’t giving the DVD the appropriate amount of attention, a song ended and I almost started to applaud. I think this would probably be better served as a party favour. I mean “party favour” in the sense that you would play this DVD while you had a multitude of people over; in this way, you could have some good tunes going in the background and something to look at occasionally, say when Jean-Paul Gaster delivers a drum solo at around the 25-minute mark, or just when you’re tired of looking at the people sitting around your place.

So if you want to see Clutch live without actually being at a concert or if you want some wicked tunes for your next party while providing some imagery for your guests, definitely pick up this DVD. If you own a bar or TV store this would be a wicked choice to play for your customers. Other than that, I really don’t see the point to opening a live concert DVD. I guess if you love seeing your favourite band live it’s a good idea, aside from that, I really don’t get it.

Check out the song: “Power Player”