Herbert out December 16th via Top Dawg Entertainment is a deliberately intimate portrait of the man behind Ab-Soul going back to his foundation, as noted by the name of the record, leaving the conspiracy theories he’s known for behind while emphasizing his musicality. After suffering through a series of unspeakable tragedies, Stevens completed the album as a changed man with a new sense of purpose. That was outlined with the first single, “Do Better,” where Stevens addressed the changes through an incredibly moving video based on real events.

The subsequent single, “Gang‘Nem,” produced by Sounwave, paid homage to his roots in Carson, CA, detailing where he’s from and the lifestyle he grew up around. The album will also feature two previously released tracks, “Hollandaise” and “Moonshooter,” which features a newly added Joey Bada$$ verse not included on the original single release. 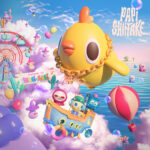 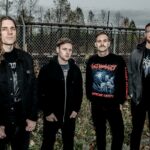