Maryland rockers Clutch were given a hero’s welcome for their long-awaited return after three years, due to the pandemic curtailing touring plans, and their avid and dedicated fans were once again able to celebrate Clutchmas, the annual festivities that every UK Clutch fan looks forward to.

Opening act Tigercub brought a punch of fuzz and distortion to their set, which was a fusion of Muse and Queens of the Stone Age style rock. They may have benefited from having more stage space to play with, but the drummer up front at the lip of the stage is always a good thing to see. They were well received and warmed everyone up for the night ahead – not an easy task considering the absolutely Baltic weather conditions in Manchester that night.

Second act Green Lung was a strange one (for me, most of the crowd will disagree with me). They were energetic and extremely skilled, but the music didn’t quite fit the bill, with their trad metal and symphonic embellishments feeling a little cheesy in the context of a Clutch show. Frontman Tom Templar has a fair amount of Dio to his voice, which is always great to hear, and the audience lapped them up.

Over the pandemic, Clutch was one of the bands that embraced streaming to keep live music going with their four Doom Saloon shows, which were all outstanding, but the disconnect of being in a live venue with like-minded fans was always missing. So as the four of them took to the stage the goosebumps arrived. You could see it meant so much to them to be back in a room with the audience. It must be such a strange feeling performing songs to a camera with no reaction at the end, so to have that back must make every show special.

The other thing that makes Clutch shows special is the set list. Reportedly chosen by a different band member every night, you are guaranteed a unique show, bar a few staples.

Manchester got an opening double hit from the new album Sunrise on Slaughter Beach with “Red Alert (Boss Level),” quickly followed by “Nosferatu Madre.” Then what followed was a guided tour around nine of their albums from their extensive back catalogue, joined by ex-Opeth keyboardist Per Wiberg for the show’s second half.

Punchy, no-nonsense rockers like “Firebirds” and “X-Ray Visions” mixed in with more expansive groovier tracks and an incredible version of “Spacegrass” that was accompanied by a pungent smell of weed floating around the venue.

Neil’s voice sounded fantastic, and his unique delivery makes him one of the most entertaining frontmen in the business. He uses his hands more often than an Italian Nonna, to punctuate the lyrics and rhythms in each song, making sure each one hits home, and jokes that he loves coming to Manchester so he can hang out in the Student Union and weird people out. Strangely, he also asks if anyone from the crowd is from Halifax (which I am), so hopefully, they may be planning a show there soon.

As the encore saw them blast through a fantastic “1010011” and “Electric Worry” (which Lemmy once told Neil was their “Ace of Spades”), Neil promised we’d see them again in ’23 and closed with powerful “The Face,” leaving the audience fully satisfied.

Having had the disappointment of not seeing them in so long, it was SO good to have them back. If you get the chance to go and see them, do it as you won’t ever be disappointed. There’s a reason so many people love Clutch. 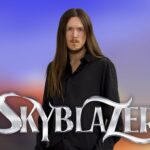 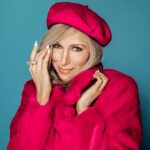