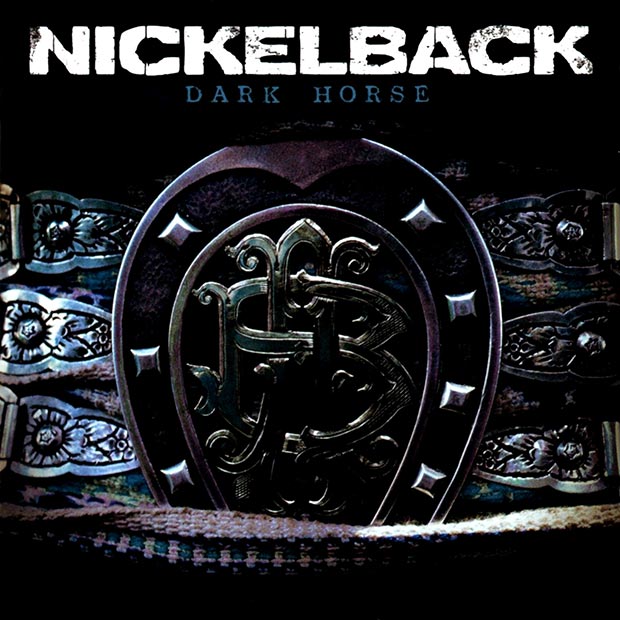 With the release of the latest CD, Dark Horse, multi-platinum recording artists Nickleback are once again poised to take the music world by storm. Their 2001 release, Silver Side Up, thrust them into the public spotlight and they quickly climbed into the stratosphere where they have been enjoying continued success ever since.

In the tradition of great singer/songwriters, Chad Kroeger and the band write songs that are universal and that resonate to the core with most listeners because they are intimate and familiar. Each song is a story in and of itself with topics that include watching a friend spiral out of control due to a drug addiction (“Just To Get High”) and a woman who tries to make ends meet eventually turning to hooking and making six figures a week (“Shakin Hands”).

Producer extraordinaire Mutt Lange was at the helm for this record and the result is a truly great sounding CD. The combination of Lange’s production wizardry with the band’s trademark ballsy sound makes this one hell of a disc. The guitars are big and in your face and Kroeger’s trademark vocals shine as he weaves his tales about everyday life experiences that we all can relate to. As usual, there are the almost obligatory slower tempo radio singles such as “Gotta Be Somebody” and “Never Gonna Be Alone,” but even these are good tunes and are enjoyable until they become to death by commercial radio.

I pretty much like the ENTIRE album, which is very unusual for me. I usually find at least a couple of songs where I hit skip, but there’s no filler to be found here; this is a must-have disc.