What do you do when you have a lot of great song ideas that don’t fit in musically with what predominantly helps you pay the bills? You do a solo project, of course! That’s exactly what Patrick Mulroy has done with his new album Other People’s Houses, a bunch of songs that he had been working on that didn’t quite fit in with the sound of his band, Boston heartland rock outfit Grain Thief.

Mulroy is an extremely creative and productive songwriter, and he one day realized that he had written a bunch of songs that he was pleased with, but he knew they weren’t right for the band. Conveniently, the pandemic and its associated lockdowns came along, which offered him the opportunity to finally put these songs down on tape and make something of them.

Contextualizing the album for us, Mulroy says:

“Before my band Grain Thief was what it is now, it was a solo thing. It hasn’t been for a long time, and I wouldn’t change it. But there is something different artistically about writing by yourself and driving the bus. I had these songs piling up which weren’t really right for the band. Sometimes I feel like I keep writing the same song, but I don’t think that’s a problem. I think that’s the case for everyone. Many of the songs were written at the piano, which I don’t play well, which actually helps me write. The themes and feelings that inspire me to write typically revolve around work and money, drinking and drugs, abuse and misuse, war and religion.”

Regarding his hopes for what listeners get out of the record, Mulroy explains:

“I hope people listen to the words. I hope people think about their troubles and remember that everybody has them, even if you think yours are unequalled. I think there’s no topic in American culture that should go on un-discussed, like so many do especially those that our largest problems. We have so much to benefit by sharing, so little to lose.”

In terms of messaging, the album has country themes, including the constant working-class struggle for work and money, alcohol and drug abuse, war, and religion. They are common songwriting topics for Mulroy, but they are also topics that are important within American culture and are relevant to individuals’ everyday lives. In taking on these subjects, Mulroy wanted to make a point of the fact that no issue in American culture should be avoided, particularly ones that affect people so profoundly. This is a record for the everyman and the ones who are too often overlooked by our oft elitist society. 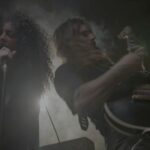 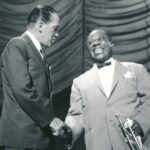