After surpassing one billion total views across all channels (including YouTube, Apple Music and Facebook) late last year, the archives of The Ed Sullivan Show have opened again to share rare vintage performances by Louis Armstrong. As dear friends who travelled together, were both born in the same year (1901), and had great mutual respect, it is believed that Ed Sullivan himself lent these clips to Louis Armstrong and Universal Music Enterprises. Through SOFA Entertainment’s relationship with the Louis Armstrong House Museum (LAHM) and The Louis Armstrong Educational Foundation (LAEF), we are now able to bring these clips to light for the first time in several decades.

These clips were never shown since the original broadcasts and capture Satchmo at his effusive best, one of which shows the jazz maestro and opera star Robert Merrill performing a Medley (“Vesti la giubba” and “Honeysuckle Rose”) on the episode that aired on April 17, 1955. Another new clip that was originally broadcast on CBS Network on May 15, 1955, features Armstrong alongside Gary Crosby delivering a performance of “Struttin With Some Barbecue.”

Originally composed as an instrumental piece in 1927 by Lil Hardin Armstrong, lyrics were added by Don Raye in 1941. The episode that featured the latter clip also featured Sammy Davis Jr. and Señor Wences, and both clips see this 20th-century icon performing on his trumpet with outstanding talent. 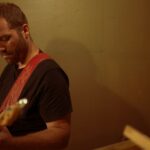 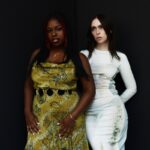