NNAMDÏ has announced the Deluxe version of his critically acclaimed Secretly Canadian debut, Please Have A Seat, a joint release with his own Sooper Records. The announcement is paired with a new track and animated lyric video by Janelle Dewitt for “Sufaded,” a song that he’s been playing live on his most recent tours. He’s also announced a spring tour. Kicking off in New York on Feb 17th and wrapping up on April 16th in St. Louis, the 30 + date tour will take NNAMDI to both coasts and everywhere in between.

Please Have A Seat Deluxe Edition will be released digitally on February 24, 2023, featuring the fourteen original album tracks plus three extra bonus tracks. Of “Sudafed” and the additional new tracks, NNAMDÏ notes:

“‘Sudafed’ is a song about being at your wits end and how sometimes it makes you react in ways you don’t want to and aren’t proud of. It’s about hitting rock bottom and vowing to yourself to never get there again.” 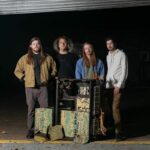 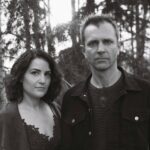