In the face of apprehension and self-doubt, you can crawl up into a little ball and hide, or you can stand tall and show some resilience. Merlot Embargo have chosen the latter, which has initiated one of the most productive creative periods of the duo’s career.

Today, they debut their brand new single, “Not Gonna,” a song inspired by the notion of feeling too old to have what it takes to succeed in the music industry. When it’s yourself, it’s hard to contextualize that point of view, but when you are human and faced with self-doubt, you are inevitably too stubborn to listen to reason.

In their own words, Merlot Embargo says about “Not Gonna”:

“In the face of ageism, sexism, racism, or other injustices, it’s easy to feel defeated, accept the status quo, and quit fighting. ‘Not Gonna’ is our defiant, obstinate response to our inner critic telling us it’s time to hang it up.”

The industry has a way of showing artists the door, so to speak, at a certain point when they are deemed to be “too old” and, therefore now, “uncool.” For Scarlet and Geoff, the nucleus of the band, they are cognizant of these realities. Still, defiance sits within the very heart of rock n’ roll, so they wouldn’t have it any other way except going their own way and continuing to reach up, trying to harness their dreams.

Scarlet and Geoff are perhaps an improbable combination, but it works, so why question it? Scarlet is more of an outgoing, artsy singer-songwriter, while Geoff is a music school nerd and sound engineer who feels right at home in a recording studio. Coming from different walks of life has helped them create a more integrated approach to songwriting and come across as authentic and genuine. Writing and recording out of their own Los Angeles home studio, their music is entrenched in the classic ’60s approach to songwriting. It’s more of an old-school approach to a band where it was solely about the music, and that’s precisely what keeps this driven collective of musicians focused and energized. 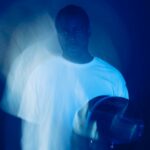 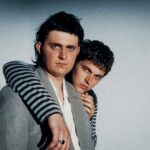