It doesn’t happen very often that music you enjoy can also be enjoyed in much the same way by your young children. Well, Macaroni Birthday can lay claim to saving you from hours of endless children’s music with their charming brand of rock n’ roll that can appeal to both young and old. The duo just recently released their new record Macaroni Birthday Sing Rock ‘N’ Roll Songs for Children, via Toronto indie imprint We Are Busy Bodies, 14 songs about feeling comfortable with who you are, the joys of friendship, having fun, and learning through experiencing new things. The songs are lighthearted, but these sorts of ordinary experiences occur for everyone, which makes them relatable to virtually anyone.

Macaroni Birthday is led by Eric Warner and Patrick McCormack, who have been mainstays in the Canadian music industry for some time now. Warner operates the We Are Busy Bodies label, both of which have been in countless Toronto area indie bands, such as Beliefs, Sam Coffey & The Iron Lungs, Arietta, Neon Windbreaker, Milk Lines, First Base, Viking Club, Dollarama, and Bike Club. Some of these bands were more traditionally loud and aggressive, but Macaroni Birthday was put together with an all-ages approach in mind, where these short little ditties that Warner and McCormack write can be enjoyed by the whole family.

With Macaroni Birthday starting to grab more attention, we recently spoke with Warner, who discussed how this act first came together, their new record, their writing process, and the particularly goofy band name.

For those not familiar with Macaroni Birthday, can you tell us a little bit about yourselves?

Eric Warner: “We’ve been friends for 20ish years. Pat performed at a matinee concert I presented, and we slowly became friends. We also played in a band called Neon Windbreaker together for several years, releasing an album and 7’ single, and played a lot of shows in the process. We both love creating music. The Macaroni Birthday album writing process hasn’t been all that different from the previous process, but has been more fun.”

Your new disc, Macaroni Birthday Sing Rock ‘N’ Roll Songs for Children, has just been released. Now that it is complete, how do you feel about it, and what has been the response so far?

“We’re 16 hours into the release of the album, and so far, it seems like friends, family, and even some people we don’t know are receptive to it. Someone said on Instagram to us that we’re as if Blippi and Kurt Vile had a baby. I needed to look up Blippi, and like Kurt Vile, so I’ll take it either way.”

“In one word, quick. Pat or I will come up with lyrics and melodies, with both of us providing feedback to one another. Pat is like Phil Collins in the sense that he can play everything, and does on the album. I come up with melodies, but cannot play anything all that well. It’s collaborative, with a lot of patience.”

How does it make you feel when that power and energy you channelled in the studio come to life in front of a crowd?

“Macaroni Birthday came together during the pandemic, although the idea was there prior. I think we’re heavier than some of our peers in the children’s music space, but not nearly as heavy as other projects we’ve performed in. We both like performing live, and have plans to perform in 2023. We were the last genre to really come back and be able to engage with an audience due to the ages involved and Covid still being a concern.

“We think that our songs can translate in a positive, and upbeat manner to audiences. We like to engage, and believe the songs will translate well. Fun, and upbeat for kids, and generally tolerable to parents.”

When you write, do you do so with the live setting in mind, or do you write a song just for the song’s sake? Along those same lines, do you take advantage of technology and email riffs and parts back and forth, or do you get together in a room in a more traditional sense and write together?

“Our process for both albums has been to meet up once or twice, get it down, and record. Brevity for the win, like our songs. We typically have shared voice notes, or recordings to get prepared.”

“My daughter came up with it. She was two or three years old and making herself laugh by saying silly things into a mirror. Macaroni Birthday was one of the things she said, and it is the only band name I thought of when I corralled Pat into working on music with me. I think it was the only thing I was rigid about.”

What is the story behind the name of the record?

“We’re a rock n’ roll duo geared towards children. We came up with a pretty literal title in that we’re singing the songs for children. To directly quote Pat, ‘Macaroni Birthday have put together another set of songs for the younger folks in your life. We’ve got 14 new tunes about food, fun, friends, being nice, and just being yourself!’

“We decided all we needed this time around was an acoustic guitar, a floor tom, and some fun percussion! We had a good time putting this one together, and we hope you and the kids have a good time listening to it.”

You have toured the world extensively in your various projects. Is there anywhere you would like to go that you have not been to?

“To clarify, we have toured in previous projects, but Macaroni Birthday is a new project despite now having two albums. I would love to visit and perform in Japan.”

What are your touring plans now that the album is out?

“Hopefully, a run of 2023 summer festivals as a starting point.”

This album is released on your own label. What was it like releasing this album on your own instead of having the assistance of an external label?

“We Are Busy Bodies issue roughly 30 to 35 releases a year. It was straightforward to release the album through existing infrastructure and support it with PR and distribution, even if we’re the odd group out on the label. We issue a lot of jazz and experimental reissues, Lee ‘Scratch’ Perry’s last collaborative album, etc.” 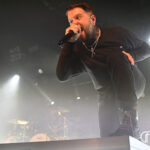 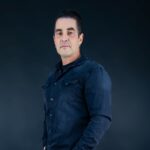