Initially released in 2019, I Was Told to Be Quiet is the sixth full-length album by Marcelo Frota, aka MOMO.. The record, along with MOMO.’s other releases, is now being released on vinyl by Yellow Racket Records.

The album, sung in English, Portuguese, and French, features collaborations with Alex Toth (of Rubblebucket), Thiago Camelo, and Wado.

Written while MOMO was living in Lisbon, the recording was recorded in Los Angeles with producer Tom Biller, who invested MOMO.’s sound with electronic samples and dreamy synthesizers, along with flavours of bossa nova and psych-folk.

Currently based in the UK, MOMO. has lived in Brazil, Angola, the US, Spain, and Portugal. In 2006, he released his debut album, A Estética do Rabisco, influenced by Os Mutantes, Milton Nascimento’s Clube Da Esquina, and Tropicália Ou Panis Et Circensis. The Chicago Reader baptized it one of the best albums of the year.

Encompassing 10-tracks, I Was Told to Be Quiet starts off with “For I Am Just a Reckless Child,” featuring a gentle, gleaming acoustic guitar, followed by MOMO.’s evocative voice. A Latin-lite rhythm infuses the tune with a gossamer, flowing motion.

Entry points include the bossa-nova-laced “Diz a Verdade,” suggestive of the score to a retro European film. While a personal favourite because of its warm folk tones, “Vida” rides syncopated percussion as MOMO.’s quixotic voice imbues the lyrics with tender affection.

“Higher Ground” conjures up vague hints of Leonard Cohen only because of MOMO.’s delivery. It’s a creamy, softly tiered song exuding heartfelt washes of plush colours, a bit like riding the Ferris Wheel at a country fair.

MOMO. ties the album off with “Sereno Canto,” an indulgent song dripping with longing and melancholy.

More traditional than modern, there’s a charming allure, a cultured feel, to the songs on I Was Told to Be Quiet.

I Was Told to Be Quiet Track Listing: 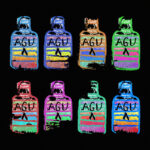 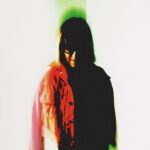 Spaces of Disappearance Is Returning With ‘Virtue’