Although it comes with plenty of good times, being in a band isn’t always a bed of roses as London electronic rock outfit The Ever Living has experienced. From burnout to creative blocks to the line-up changes to lockdown, the lifeblood behind the band, guitarist Andrei Alan and keyboardist/vocalist Chris Bevan Lee have taken it all in their stride returning earlier this Summer with their new album.

Channelling all of the burnout and difficult times into their stunning new album, the duo returned with their recording Artificial Devices earlier this Summer. Following the release of the album, V13 spoke to Andrei and Chris about the new music, the digital era, burnout and the decision to carry on as a duo.

Andrei Alan: “Indulging in the spoils of retail therapy and messing around with some new guitar effects pedals. I’m going through a process of tweaking my pedalboard, switching some effects out and squeezing a few more in. I obsessively research the ones I think will realise the sounds in my head then when I’m past the event horizon and there’s no going back, my bank balance takes a hit. We’re good though, man; thanks for taking the time to interview us.”

Let’s talk about Artificial Devices then – “born from burnout and existential dread, but creatively spurred on by resilience in difficult times.” On a personal level, how important was it to have the band to give you a creative outlet over the last few years?

Andrei: “It’s supremely important for me as my main creative outlet, but as such this can sometimes add pressure that can be counterproductive at times. I think this is what led to the writer’s block I have spoken about before. I’m pretty stubborn though and am someone who doesn’t believe in waiting for inspiration to just happen. If you think of it like a lightning strike then the more you go out holding a pole in the air even when it isn’t raining, the more likely you are to be struck.

“I guess what I am saying is that sure, inspiration is like electricity when it happens, but patience and hard work are the keys to conducting it. At least for me. I find that once things start to flow creatively, the writing itself starts to become the inspiration and the whole process becomes self-perpetuating. This is the state I am trying to put myself in and thankfully I got there in the end for Artificial Devices and I’m more proud of this than anything we have done before.”

Reading through comments from the band about the last few years, it feels like you’ve faced a lot of challenges as a band, how do you feel you are different in 2022 to the pre-pandemic version of the band?

Andrei: “Pre-pandemic, we presented The Ever Living as a five-piece and we had to deal with balancing the personalities and needs of 5 people to keep up appearances. After the end of the last album cycle for Herephemine, due to personal circumstances, our drummer and bassist departed and Chris and I were left jaded and drained from the creative and promotional process for that album. That was September 2018, but we entered lockdown 18 months later still with a diminished line-up and the future of the band up in the air.

“When we decided to pick the band up again, we realised that the next iteration should more honestly represent us. The reality is that The Ever Living is a vehicle for Chris and I to write and perform music – everything has been written 50/50 by the two of us and wherever the band has required funds it is us who foot the bill. In truth The Ever Living has always been a duo, and so when we came out this time, presenting ourselves as a two-piece is totally liberating.”

You talk about writer’s block and the band losing their way. What put you back on the right path again?

Andrei: “I honestly think it was just time that we needed. There was never a problem between the two of us and our creative process had always been an easy one that we had never taken for granted. Deep down I knew that neither Chris nor I would have been satisfied leaving things the way they were. We had more music to write, more to say and new territory to explore. We had to get over our issues with the last cycle, forget our social media profiles, our likes, plays, tweets and followers and just get back to the music. This is what we were in it for in the first place and as soon as we had the first track written I think we both had a reality check. This is what it is all about.”

On the flip side of that, why do you think the band reached that stage and was it a noticeable change or gradual?

Andrei: “Chris and I are quite similar; we’re both kind of sensitive and stubborn. We needed to figure things out independently and take our own time, but the conclusion we both came to was that we needed to do things our way, not the way expected of us nor dictated to us by the music industry norms. That’s how we started out and that is how we needed to proceed to keep the band alive. We finally aligned during the second UK lockdown and it felt like starting the band again, redefining our sound and writing with the same excitement as we did for the first EP.”

Looking at your experiences from the last few years, what have you learned from them?

Andrei: “To be singular in our vision and carve our own path. I think as long as we stay authentic then this will translate to anyone looking or listening in.”

You talk about the pitfalls and blurred lines between virtual and real world. In your opinion what are those pitfalls?

Chris Bevan Lee: “Aside from privacy issues, which is its own beast (having multiple front-facing cameras on a headset, providing Facebook with a portal into your room/social life may not seem like a great idea) I feel that there is a huge disparity between content and the technology used to consume it. The technology is getting more sophisticated and yet content creators are expected to make more for less. Everyone expects content for free nowadays because they have got used to YouTube or free Spotify subscriptions. It has devalued music/video greatly so you end up sitting at home with your huge 4k TV watching someone sat in their bedroom.”

Would you agree now, post-pandemic, that it is not a case of blurred lines but there now being no lines at all and the two worlds can’t exist without each other?

Chris: “I don’t think that much has changed. VR is still in the same place as it was pre-pandemic and is now being used a lot less than during the lockdowns. In terms of video calling etc, that has developed and become widespread but there are still lines. The lines have just moved. You didn’t have corporate bosses being caught jerking off on Zoom pre-pandemic.”

Again, on a positive side, digital/virtual has been hugely helpful to certain demographics of people during lockdown wouldn’t you agree?

Chris: “Absolutely. I actually got into VR during the second lockdown and it helped with escaping what was going on in the world. It also meant I could keep in touch with friends and hang out with a drink without doing it across a video call. It’s much more immersive sitting in a virtual room and seeing hand gestures and lips moving in sync. You may be staring at a character but after 5 minutes it feels quite normal. I have chatted to all sorts of people. I spent one late night chatting to a WW2 vet who used to fly Spitfires.”

Given that being the case, how or what do you think can be done to best manage the downsides of virtual/digital so we can benefit from the plusses?

Chris: “I think a lot of opposition is due to the privacy issue. If the tech companies can figure out a way of having tracking without the need for cameras then users won’t feel paranoid about their feeds being stored somewhere. I use an Alexa in my office for my lighting setup and I don’t worry about it too much because I spend most of the time not talking so I know I’m not giving it much information. I wouldn’t have one anywhere else in the house though. It’s the same with VR, the more privacy people have the more chance they will embrace it.”

In terms of the music industry, where would you see the pros/cons of a digital world have been for a band like The Ever Living?

Chris: “The best thing about the digital world is distribution. Prior to iTunes you had to rely on a distribution deal so bands could only sell CDs on their own website or out of the back of their cars. The fact that anyone in the world can listen to our music on their phone is pretty staggering and the opportunity for success is very exciting. The problem is that because it’s so easy, everyone is doing the same thing so there’s more competition, more content and more noise.”

Now life is returning to normal, what is next for The Ever Living?

Chris: “We are already looking at writing again to keep moving and also hoping to play some shows in the UK.”

Chris: “Artificial Devices is out now. The release is digital only so if you would like to support the band, head over to our store and buy a t-shirt or physical version of our previous records. Thanks!” 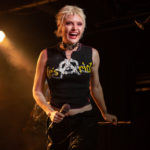 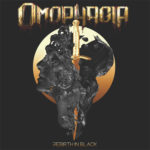