The term Omophagia relates to the consumption of raw flesh and their record label is Unique Leader; there should be little reason to doubt that, Rebirth in Black, the new album from the Swiss/Brazilian death metal crew, is going to be an unrelenting musical onslaught.

Luring you in with a suitably sinister intro, all manner of tech/death metal hell is unleashed as this splatter platter explodes into life with the frantic “The Consequence of Guilt.” A pant-soiling offering, this death metal machine reaches a breathtaking pace almost right from the get-go. Pick through the crushing blastbeats and savage vocals and you’ll find a collection of musicians who are totally on their A-game. Whether they’re lumbering through some neck-snapping techy grooves or whizzing up and down the fretboard, the musicianship is delightful.

Continuing through this gruesome display, “The Plague” is a foul four minutes, while “Serve As Slave” is four further minutes which leaves you feeling like someone has let loose a road drill inside your skull. Despite being a real test of stamina, there are moments throughout the album where the death metal outfit breaks up this terrifying display, for example, “Time Tells” with some well-placed dramatic passages. For the most part, though, Rebirth in Black is a savage sonic assault.

While the record may throw a nod of appreciation to the technical death metal scene, there is definitely more than a dash of respect and inspiration from more traditional death metal waters. This is no more evident than in the vocals of frontman Benji who effortlessly gurgles and growls his way through this festering collection. Sure, Rebirth in Black may not reek of originality and you really need a strong stomach to go the distance but, for the most part, this vile effort really hits the spot. 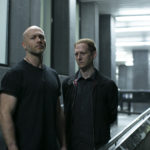 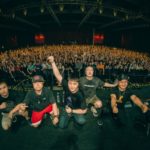