Twenty years at anything is a long time. So many things happen in that span of time that it’s hard to wrap your head around everything that could go into that time frame. Heck, I was staying up late with my middle school friends listening to Jagged Little Pill and playing Diablo 2 twenty years ago. Now I work a day job and yearn for those days, staying up late slaying zombies and ghouls.

Twenty years ago is also about the time modern-day rock royalty was forming across the nation. Bands like Rise Against, The Used, and Senses Fail were just starting out and about to carve their place in the huge wall of rock and roll history. All of that time spent honing their craft and blowing up across the nation led them to come through Oklahoma City on the last night of July 2022. They were set to play The Criterion in Bricktown, and I was excited yet curious to see how well a band that has been around for this long could sell at a venue this size (which is probably the 3rd largest venue in town compared to the Zoo Amp and Paycom Arena where the OKC Thunder play, so the Criterion is pretty huge).

Well, to my pleasant surprise, these guys had a huge turnout, which made my little 2000s emo heart so happy. It wasn’t just people my age who were there, but younger generations too, which made me even more excited to see those younger people out there want to see the music I cut my teeth on when I was in high school.

The first band to open the night was the New Jersey screamo legends Senses Fail, and they did not disappoint. They played a super lively set with the lead singer Buddy Nielsen swinging his mic through the air and just getting the crowd hyped up with his energy. He wasn’t the only one filling the stage with excitement, but the rest of the band was getting the crowd riled up too. They even played some classics like “Lady in the Blue Dress” and “Buried a Lie.” It felt just like I was leaving Hot Topic in 2005.

Up next was one of the acts I’ve been dying to see for the past 17 years, ever since one of my high school crushes introduced me to their song “Taste of Ink” while driving around. Instead of starting with that, The Used started with the lead singer Bert spitting into the air and ripping into the song “Take it Away,” which has got to be one of the best concert openers out there. It was unreal to finally see it live after screaming the lyrics in my car for a decade or more. The crowd also loved it and ate it up.

Besides these performers being at the top of their game, lead singer Bert did another cool thing; about halfway through his set, he brought up a very young fan on stage and basically celebrated him being there and how innocent he was and uncorrupted, and then went into their 2020 song “Blow Me.” They also had a circle pit open up and finished their set with their classic song “A Box Full Of Sharp Objects,” which I was ecstatic to hear.

Finally, it was time for the main act of the night, Rise Against. I love their brand of punk rock with their music having a message and standing for something, which I wish a lot more bands did these days. This passion is not just felt in the music but is also something I experienced when seeing them live. You can see it with each band member going all out on stage too. Another thing I loved is that they did another circle pit as The Used did earlier in the night. I haven’t seen in a circle pit in ages, so I was on top of the world seeing this. Throughout the night, they played classics like “Satelite,” “Help Is on the Way,” and even ended on “Savior.” I wish they played “Swing Life Away,” but it was a high-energy set either way.

One could definitely tell just how excited everyone was that this tour rolled through town. Hopefully, this won’t be the last time any of these bands grace OKC or any other place in Oklahoma. I know that I’ll definitely be at the next show any of these folks put on, and I hope you will be the next stop on this tour. You won’t regret it!

Prayer of the Refugee
The Violence
Satellite
Help Is on the Way
Ready to Fall
Collapse (Post-Amerika)
Re-Education (Through Labor)
I Don’t Want to Be Here Anymore
Dancing for Rain
Audience of One
Hero of War
Nowhere Generation
Give It All
Encore:
Survive
Savior 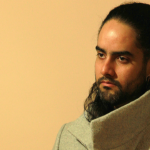 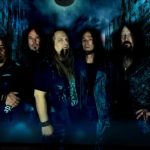