Few things age better with time. Of course, as it is with most things, there are always outliers. Metalcore pioneers Norma Jean might just be one of them. The group’s latest release Deathrattle Sing For Me, might be some of the best work from their illustrious 20+ year career. Mixing in all elements of the extreme side of music, Deathrattle Sing For Me is also a landscape of experimental noise rock with perfectly placed pop hooks and rhythms that, after a few vinyl spins, remain with you.

And though blending elements of all of those genres certainly might be difficult, what is more impressive is the fluidity of the songs throughout the collective piece of work. Nothing here seems forced; in fact, the opposite. DSFM feels as natural as anything you’ll hear in the metal world this year. It’s as if this Norma Jean is determined to help destroy the very thing that they helped create. And though there might literally be a side A and a side B, Norma Jean’s newest release is the ultimate needle dropper – one in which you drop the needle and let it play in its entirety.

Deathrattle Sing For Me (out now on Solid State Records) is best as a collective and would be best ingested for all that it is and appreciated for everything that it isn’t. On the name alone, Norma Jean could easily phone it in and make albums with a copy and paste model that we see so many others do, but the true test of greatness is seeing veteran bands like Norma Jean set blaze to new paths for the rest to follow. DSFM and everything it is might just be that path.

The third track, “Spearmint Revolt,” is the album’s best representation of the record as a whole. An adventurous song that leads listeners in many directions but ultimately always ends up at the album’s biggest chorus. It is that foundational chorus in which Norma Jean’s singer Cory Brandan says, “I promise you, you’re the only place I want to be.” As genuine as that statement might be, it’s difficult to think that at this stage, no matter where Norma Jean is, they’re always looking in a different yet forward direction.

As storied a past as Norma Jean has, this album might be the very death rattle to metalcore itself; a tired and often generic genre, beautifully ending nearly where it all started.

Deathrattle Sing for Me Track Listing:

Bonus: Drummer, percussionist, producer and writer Matt Putnam recently was a guest on the Vulgar Display of Podcast (follow them on Instagram and Twitter) and discussed the writing and recording of Deathrattle Sing For Me. 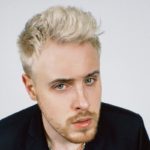