Ugh… Nothing makes most people (ok, maybe men) shudder more than hearing the word “wedding.” It’s no doubt that they can be stressful events for many individuals for a whole variety of reasons. And with this being the summer, it’s the wedding season, so you may be sick to death of them by this point, particularly if you’ve been attending alone.

If that sounds like you, either now or in the past, then Parris Mitchell has got a pop anthem just for you in his latest single, “permanent +1.” This is Mitchell’s latest bumping pop jam, with the singer-songwriter having released several singles over the last year or so. The song is very much in line with his honest, reflective approach to his music, with loneliness and self-confidence prominent themes within his songwriting.

Explaining why the topic of attending weddings motivated him to record a song about them, Mitchell explains:

“Being invited this summer to so many weddings and not having a +1 date to bring has been embarrassing as I’m the only single one out of all my friends. I took that feeling and made it into a bumping pop-dance track with tongue-in-cheek lyrics. Fingers crossed all the DJs at the weddings play it, ironically.”

As you can hear, Mitchell is a pop music maven who has no trouble concocting addictive earworms. Based in New York City, he has a passion for pop vocals, motivated by his love of musical theatre as a youngster. He used to tour as part of a band, but when the pandemic arrived, being in a band was no longer a very desirable or lucrative option. This led him to focus on songwriting, which offered him the opportunity to try his hand at a solo career.

Mitchell has fully taken advantage of the situation presented to him, really capitalizing on his passion for pop music. He has also been able to use this time to delve deeper into his experience as a graphic designer, arranging and producing all of his EP covers, ads, and videos on his own. Things couldn’t be going much better for Mitchell now, with each passing single earning him more and more of a faithful audience. 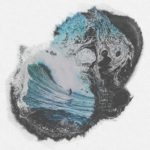 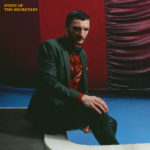