There’s a buzz, and it’s growing for Jason Maxwell. The singer-songwriter just released his new single, “For Now,” a nice introductory track to his classic folk, country sound. Originally from Toronto and now based in Nashville, Maxwell has become known for his communal, festive live performances, with fans gravitating to his honest approach and his charming, relatable themes and lyrics.

Despite his young age, Maxwell has a lot of experience and versatility as a musician, having now released over 20 songs, and been featured on an assortment of Spotify, Amazon, and Apple Music playlists. He has used the online community to his advantage, really connecting and growing his fanbase through technology. Quite impressively, he has thus far racked up over 1.5 million total streams.

We recently had a conversation with Maxwell to learn more about him. We discussed his writing process, the country music scene in Canada, special career highlights thus far, and desert island discs.

Jason Maxwell: “It definitely varies in the sense that there’s no strictly regimented process or approach. Sometimes I’ll have an idea or a specific lyrical phrase I want to build the song around; other times, I’ll have writer’s block content-wise, and instead, I’ll work out a vocal or instrumental lead melody to build the track’s feel and groove around. For me, there’s no such thing as a words-first, music-second or vice-versa. I find I write and produce my best songs when I find the type of sonic energy that genuinely and passionately resonates. Once I find that space, I always try to build the entire soundscape around that core foundational feeling that ultimately gives the song its life.

“My methodology isn’t necessarily conducive for an efficient production line of manufacturing songs, but it’s certainly an effective methodology for producing quality songs over a quantity of songs.”

“I can’t say I’ve ever written a song solely with the live setting in mind; if anything, I’d say in my case, it’s the exact opposite; I try to write the highest quality song for the song’s sake. That being said, there are definitely times where I’ve noticed sections of a song that could be performed differently live, but I always end up reworking a new arrangement to perform live as opposed to modifying the original arrangement of the song’s demo track.”

What is the story behind “For Now?”

“The song was inspired by a past relationship that ultimately failed, very much a case of ‘right girl, wrong time.’ A year or so after our relationship ended, I noticed she had moved on to someone new, and my initial reaction was to immediately question whether her new relationship was as serious or meaningful as her previous relationship with myself. ‘For Now’ is a direct reference to her new partner: is he really a great match for my ex-girlfriend, or is he just a temporary fling for the time being?”

“I think it’s fair to say that Ontario is the Nashville of Canada whereas Alberta and Saskatchewan are more alike to the Texas/Georgia country scene.”

What is the country music scene like over there in Canada?

“Country is probably the fastest growing genre in Canada at the moment. Out west in British Columbia, you’ll likely find the more folksy/rootsy side of country. In Alberta and Saskatchewan, you’ll hear more traditional-style country. Out east, you’ll find a majority of Canada’s mainstream pop-country acts. I think it’s fair to say that Ontario is the Nashville of Canada whereas Alberta and Saskatchewan are more alike to the Texas/Georgia country scene.”

“Continuum by John Mayer, How Do You Remember Me by Josh Kerr, and There Really Is A Wolf by Russ. Continuum might be the greatest album of all time; front to back, there are no skips, and each song is as well-written and well-executed as the last. Josh Kerr is by far my favourite songwriter, so How Do You Remember Me is a no-brainer. Last but not least, Russ always brings the vibes and the feels with well-produced tracks and deeply meaningful lyrics.”

“I feel like there have been a few memorable moments, and each one surpassed the previous one. The first time I performed on stage in front of a sold-out crowd, then it was the first time I heard my song on the radio. But to date, my most surreal moment has been getting added to editorial playlists on Spotify, Apple Music, Amazon Music and YouTube Music. The recognition itself is incredibly humbling, and seeing my name and my songs next to some of the biggest names in the industry on editorial playlists is one of the coolest feelings, not so much because of the external validation but more so because it feels like, ‘hey you DO belong at this level, you CAN do this at this level.’”

“For starters, you’d still find me recording at Blackbird Studios because it’s arguably the top studio in North America. It’d be a treat to have Josh Kerr co-write and co-produce. I’d definitely have my go-to producer Shawn Moore because he knows exactly the sound I’m going for, and there’s no one who pays more attention to detail, from scratch tracks to demos to tracking to engineering and mixing. I would love to have John Mayer track guitars, and it’d also be surreal to sing a tune with Morgan Wallen.”

“It would be amazing if an artist with a non-traditionally country background stumbled across my profile and became inspired to become a country artist themselves because they see me pursuing it too, and they think, ‘if he’s doing it, I can too.’”

Share one thing about you that has never before been revealed.

“Most people assume my background is Spanish, Mexican, or Indigenous, but I’m actually half-Filipino! My dad’s side originated from Europe, and my mom’s side originated from the Philippines. For reference, I look more like my mom’s side, but with my dad’s features. It would be neat if there were increased visibility of multicultural artists, specifically in the country genre, which arguably lacks Asian representation. It would be amazing if an artist with a non-traditionally country background stumbled across my profile and became inspired to become a country artist themselves because they see me pursuing it too, and they think, ‘if he’s doing it, I can too.’” 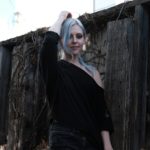 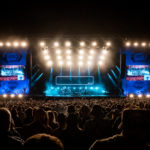