If there is a more special surrounding for a festival than Lowther Deer Park in the idyllic Lake District, we’ve to see one. Home to the wonderful Kendal Calling, the three day festival featuring headliners Supergrass, Stereophonics and Bastille, returned in 2022 and we sent along our photographer Carla Mundy who brought back these brilliant photo galleries.

Long delays getting on site meant most of Friday’s action was long over but it was a day that saw those who had travelled a day early making the most of the weather and seven stages. With those seven stages showcasing the breadth of family-friendly entertainment on offer from the headliners Supergrass to the punk rock of Millie Manders & The Shut Up on the Earache Stage to some of the more obscure acts, Kendal Calling was certainly making up for lost time.

Thankfully, day two saw no repetition of the traffic problems affecting day one and again saw an absolute wealth of incredible entertainment across the seven stages. Main stage headliners Stereophonics rounded out a day of action on the main stage which included Jade Bird, Lottery Winners and Amy Macdonald while, across the rest of the site, there were plenty of options from those whether you were looking for your next new favourite band or something a little more chilled-out.

Even thought it was the Sunday, the party at Kendal Calling continued late into the night as once British indie favourites Bastille had brought the curtain down on the main stage (headlining a case which included Bill Bailey, Sea Girls and Kooks), a raft of top DJ acts took over while those looking for something a little more edgy had the Earache Stage to provide that fix. A great end to another wonderful day of diversity from the disco pop of Sophie Ellis Bextor to Glasgow indie favourites The Snuts with something for everyone wherever you look or whatever tickled your tastebuds, all showing why the return of this wonderful weekend had been sold-out for months.

Kendal Calling will return in 2023 so, for information on the line-up and ticket details, make sure you visit the Official Kendal Calling Website. 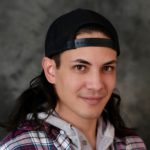 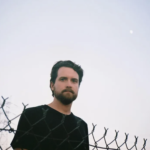