Noisy, turbulent, and agitated, LACES OUT are making their presence felt with their brand new EP Roger Podacter. The four-song collection, set for release on July 15th via Nefarious Industries, is like a noise rock aficionado’s salvation, coming off like a stick of dynamite you’re grasping in your hand, about to explode.

It’s been a long time coming for new material from the trio, with Roger Podacter their first new output in five full years. It’s been well worth the wait, with the band completing the recording for the EP at Boomstick Recording in Monroe, New York.

When asked about Roger Podacter, guitarist Ed Ciarfella told us:

“Been writing and recording these songs for the past three years and been a band for close to ten. So many influences, ideas, and riffs. This set of songs is a perfect taste of what’s to come in the LP! We absolutely love making music together and couldn’t be more pumped to share it!”

Based in Orange County, no, not that one, the other one in New York State, Ciarfella is joined by his longtime musical comrades, drummer Steve Delucia, and frontman Ray Wasnieski. For nearly two decades, Delucia and Ciarfella have been playing together in various forms and capacities. At one time, all three of them played together in the band Pigeon, and they progressed from there, forming Laces Out.

1990s noise rock has left an enduring influence on these three men, with elements of Fugazi, Unwound, At The Drive In, Jesus Lizard, and other like-minded bands all apparent. They’ve been writing consistently through various pandemic lockdowns, and this EP is just a sign of things to come, with a full-length record expected before the end of the year. 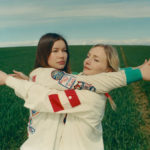 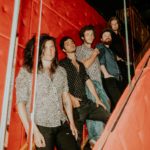