It took some time, but Don’t Panic made their triumphant return earlier this spring with the release of their single and music video for “Time Machine,” for which we brought you the exclusive premiere in April. It was a several-year hiatus for the Arizona rockers, a way of reintroducing themselves to indie and alternative scenes of which they were previously an important part. Now that they are past that reintroduction, it’s time to rock, which they are happy to be back doing.

It’s been a nice little resurgence for Don’t Panic since the release of “Time Machine” and a nice way to celebrate ten years since the band officially formed. When you haven’t released new music since 2015’s The Sleepy EP, it’s not guaranteed that your audience will still be there, but fortunately, that hasn’t been the case here. Along with the upcoming tour dates, the group also has a full-length record titled 42 in production, which will be released in the fall.

To get reacquainted with Don’t Panic and what’s to come, we caught up with guitarist Jeffrey Robens to ask him a few questions about the band and what they have in the works.

Congrats on the recent release of your comeback single “Time Machine.” Tell us about the song and why this is a focus track.

Jeffrey Robens: “Thanks, we’re excited, to say the very least! ‘Time Machine’ is a bit of a new thing for us. We have a tendency to lean into heavy/technical songs like everything on the Sleepy EP but wiped the slate clean with this one. It’s simpler, hooky, and palatable for other markets.”

It’s been many years since the band has been active. What made you all want to get the band back together?

“We like to call it a hiatus. We all have families and careers running parallel to our music careers. It’s a delicate balance. (Lead singer) Dylan Rowe and I have been writing pretty consistently since the last EP. Things finally came back together in 2019.”

Any upcoming tour and show plans beyond these upcoming dates?

“Right now, our focus is the album, but there are talks of a west coast tour happening in the fall. We’ve purchased a 2007 16 +2 Bluebird school bus that we’ll be converting to a Tour Skoolie over the next month or so. You can follow our progress on our Instagram and Facebook page.”

Your singer Dylan almost joined Flyleaf as a singer. Tell us about that.

“She was approached about auditioning, yes. Dylan has been in the industry since she was pretty young. ‘It’s full of slimy opportunists,’ as she would say. In 2012 she was approached by a ‘manager’ (in no association with Flyleaf) out of Texas/California who asked if she’d be interested in trying out for Flyleaf. She was bummed to hear (Flyleaf lead singer) Lacy (Sturm) was leaving, but of course, she said ‘yes.’ She was pitched to the band, they liked her, they sent her their unreleased single ‘New Horizons’ to audition within Texas three weeks later.

“Things went sideways when she received the ‘management contract.’ It stated this manager would be entitled to 10 percent of all future earnings, they refused to compromise on a sunset clause. This, and the conversations had with ‘potential management’ during negotiations, became unsettling for her. The question of her beliefs came up at one point, she’s agnostic. She was concerned she wouldn’t be a good fit on that basis alone and asked that the band be informed ahead of time, so they could decide. The message never got to the band, she was told she has ‘three weeks to become a Christian.’ Ultimately, she declined the audition for moral and business reasons.”

What is the music scene like in your hometown?

“Our music scene is pretty diverse, actually. Prior to the pandemic, it wasn’t so bad for local musicians on the weekends. Phoenix is sort of an anomaly; we’re a large market, but we’re in the middle of nowhere. Larger touring acts either play here on a weekday or just skip us altogether. This leaves most of the weekends open for local acts.”

Do you have any other cities that receive Don’t Panic just as well or better?

“We seem to be gaining a fair amount of traction in Southern California, maybe because we play there every few months or so.”

Thanks for taking the time today. Any other words for the readers?

“Sure thing, thanks for reaching out. Only that we’re relieved our single has been received so well, both from previous fans and new ones. We couldn’t ask for anything more than that. We’re incredibly thankful for those diehard Don’t Panic fans who’ve endured our experimentation over all these years.” 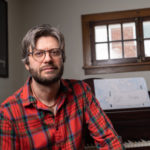 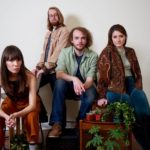