From song to song, there may not be a lot that is consistent about Woozles’ musical output, except for the fact that you can count on it being of high quality when it comes to songwriting and likability. Woozles, the solo project of Connecticut producer Conor Ryan, is back with his latest single “Lost Boy Fantasies,” a modern, artistic electropop number that combines modern club beats with a more 1980s new wave vocal and melody.

If you’re new to Ryan and Woozles, then this song will help get you up to speed with what the singer, songwriter and superb producer is capable of. It’s become quite common for artists to jump between genres from release to release, but Ryan makes it sound organic and natural, the part where many artists come up short in their attempts to be original and creative.

“I’ve always loved electropop, especially the kind from the 1980s and 1990s you find crate-digging that feels like listening to a long-ago party covered in a thin layer of analog dust. When I wrote the lyrics, I had just watched the movie The Lost Boys and was coming out of the other end of a breakdown (which ended with a bipolar II diagnosis). This song is definitely some sort of coming-together of all these experiences. Mainly though, it’s about wanting to make out with hot vampire dudes in a very loud club.”

Ryan officially got started with his Woozles moniker in 2015 and has released four full-length studio records in the time since. Ryan has had an interesting and eventful musical background, acting as the touring drummer for indie rockers Boyscott, and has also at various times contributed to other bands such as Skating, Fairy Godmother, Heart Eyes, and Ghost Boy. 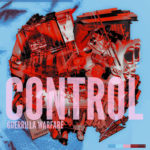 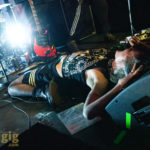