There is just so much live music going on right now, and when there is a multitude of choice on the same night in the same city, then some venues will look more sparse than others, and it’s a Bank Holiday, sunny weather and BBQs are out for the first time. Such is the scene that greets me in The Cluny 2, there are a dozen people in at doors opening and 15 mins to go for the first band TV Death and one bloke taking up the space on the left in front of the stage and he’s drunk about 4 cans of cider in 15 minutes and proceeds to talk to everyone on stage and off about how excited he is to see Saint Agnes having bought all their albums.

TV Death are local lads from Newcastle/Co.Durham and the first thing you notice is frontman and guitarist Jack Burlison’s hair, it’s the thickest mop I’ve seen this side of an Old English Sheepdog, I’m only jealous as I don’t have any, but when he’s in full flow it is a slight distraction. Musically they are a brooding mix of fuzzy low-fi Cramps and a sprinkling of The Fall, sometimes reminding me of The Blinders when they started out, but without the facepaint and with more hair – seriously the hair is huge!! They have some great tunes though – “Repo Man” and new track “Living Dead” which gets its release on 5th May are both well worth a listen, and in Burlison they have an interesting frontman who bursts into fits of character, frequently wailing and pulling the mic in all directions, the 40 mins went very quick and left me wanting to see them again, so that’s a good sign I think.

Then we get the dramatic entrance of Mimi Barks who is dressed as a futuristic alien in fetish garb and sporting a red contact lens eye. She promptly scares the front row as she throws a bit of water out from her bottle, that’s one sure way of getting rid of the cameras. Only Ciderman can save us now, with a quick turnround to me he says “She’s a lovely girl, comes from Germany ya know”. We can sense the frustration that Mimi wants to see a lot more interaction with the audience, and perhaps Newcastle isn’t the fetish doom metal hotspot like Berlin or even underground London that she thought it might be. There is nothing wrong with the performance, it is expressive, dramatic and raucous, but her audience isn’t really here in the room, the majority are left to nod their heads in appreciation of the effort made and maybe buy a T-Shirt and speak to her at the merch table.

Saint Agnes are a DIY band that were riding the crest of a wave of bookings and sell out performances when the pandemic hit. Their return to live music was to play the main stage at the Download pilot on a difficult early lunchtime slot – they triumphed and gained a large group of new fans. Lockdown didn’t stop them being creative either, as they produced and released a mini album called Vampire.

The first thing you notice is the size of Jon Tufnell’s guitar pedal stack, looking like a starship dashboard – all manner of noises and sounds can be produced, the likes of which could put Tom Morello to shame. Then Kitty steps out on the stage in her boxing sports shorts and T-Shirt top. Gone are the floral dresses and jilted bride outfits, there is a distinct move to a stronger sweatier harder hitting sound – newer track “Uppercut” as a prime example. Tonight they have shed that “Tarantino Bloodbath Western” image – we don’t get “Diablo” or “Move Like a Ghost” with the pounding intro keys from Kitty, the only remnants of the Silvertown-era are the title track itself. In their place are most of Vampire, but these tunes do hold their own and allow them a certain amount of reincarnation after the recent pestilence. 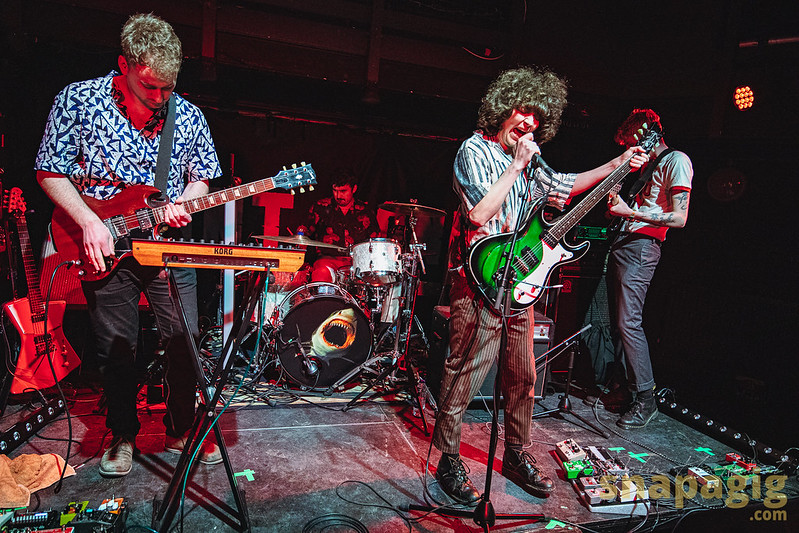 We also see a demonstration of their love for all things Prodigy as lyrics from “Firestarter” are taped to Kitty’s monitor, they do a reasonable rendition later, although she’s not quite there yet as a Keith Flint replacement. New track “Animal”, 1st time played live anywhere, is along the same lines as “Vampire”, and we do get a break in the relentless pounding with “The Meanest Little Kid in Town”. I have to admit I’d rather hear “Diablo” or “Move Like a Ghost” than that track, but “Silvertown” will have to do in this short set of just over an hour.

Can’t fault the effort and energy from this band, every show is 100%, their mission statement evident on Uppercut’s lyrics “If we’re here, we might as well f#cking be here” and we all chant it back, with a “Go big or go home” attitude, I just wish there were more people in the venue to see it.

Mimi gets invited back on stage for a rousing “Repent” as both her and Kitty join witching forces casting dark angry spells over everyone. Tufnell makes his acoustic guitar sound like a car engine revving, Ciderman nearly falls over in a pool of Magners cans. Then it is all over too quickly, another couple of songs would have been good, but there’s still enough here to draw me back for another time. 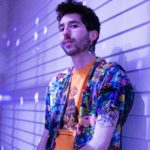 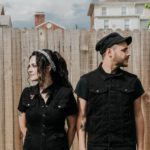