Lead guitars are so overrated. Well, maybe that’s a little too strong of a statement, but are they really always necessary? Evidently not if you sink your teeth into SEUM’s brand new EP Blueberry Cash. The album features three new songs, well, new to you the listener, but material that dates back a couple of years that the group didn’t feel ready to reveal until now.

The third track is a cover of a Lord Humungus song, the former band of lead singer Gaspard. In fact, all three members of the group were a part of Lord Humungus, with Gaspard being backed up by bassist Mlah Piotr, and drummer Fred Uluun.

Discussing the new EP and why now was the right time to release these tracks, Gaspard explains:

“We wrote ‘Blueberry Cash’ and ‘John Flag’ during the writing sessions for our debut album Winterized. We love these tracks but their warmer vibe didn’t match the mood we wanted to convey in the album and decided to put them on the side for a while. Now that spring is on its way, it feels like April 20th is the perfect time to release them along with a smokey cover of Gaspard’s first band, Lord Humungus.

“This EP was also an opportunity for us to try something new and work for the first time with Greg Dawson from BWC Studios (Sons of Otis, Panzerfaust) on mix and mastering. He did an amazing job. What can you wish for us? That Blueberry Cash becomes the soundtrack of all Canadian metalheads BBQs in 2022!”

Doom n’ bass isn’t exactly a widely known genre, but the boys in SEUM are perfecting it. Meaning venom in Arabic and slang in French for disappointment and frustration, SEUM prides themselves on the fact that they can conjure up this nifty sound without even picking up a regular guitar.

They released their debut EP Summer of Seum in 2020, followed by a split 7” with Fatima. Their debut full-length, Winterized, came out last June, a statement made to listeners that this is not your typical hard rock band. It’s all working out very well, with Blueberry Cash a nice treat while we wait for the band to complete their next record. 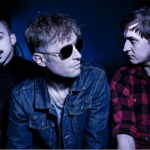 Track-by-Track: BLACK-OUT ARISES Break Down Their Debut Record ‘Oneself’ 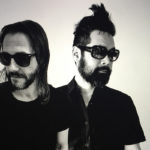