Having amassed 10 studio albums, over 40 EPs, 26 Top 40 chart singles and over two million album sales since forming in 1992, the career of South Wales rock favourites Feeder has only ever gone in one direction.

Now, despite COVID doing its best to derail the band, Grant Nicholas and bassist Taka Hirose are back this month with a full UK headline tour in support of their recently released new album, Torpedo.

Described as their strongest and heaviest record to date, the record finds the Welsh rock outfit emerging from lockdown rejuvenated and refreshed. Armed with a record full of hope, optimism and sky-high choruses, make no mistake, Feeder is well and truly back, making this run of shows one not to be missed. 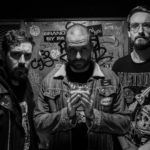 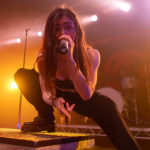