If you’re looking for the flow, well, you’ve come to the right place, my friend! Test Patterns, led by the exceptional Gage Bickerstaff, is operating fully within his comfort zone on the new single “Don’t Ask Me,” the first cut to come from the new album Modern Font, due for release on April 22nd.

This is a standout track, for many reasons, a true joy to experience how Bickerstaff skillfully sews together a smooth, electronic beat, with some hip hop-like verses, and a more melodic chorus. Clever, cinematic, and just a little dark, “Don’t Ask Me” is the perfect introductory song to Test Patterns, as it emphasizes his musical range, his diversity, and his proficiency as a songwriter and as a lyricist.

Interestingly enough, Bickerstaff is not exactly the experienced MC that he may seem to be on “Don’t Ask Me.” We’ll allow him to explain:

“This song came from an inspiration to write a great hip hop song, but I couldn’t find anyone to rap on it, so I had to do it myself. What came out was one of the best things I’ve ever done.”

Subtlety is arguably what Bickerstaff does best. The Oakland, California-based artist has a lot on his mind, but he doesn’t shove it in your face. He prefers to be more nuanced in his operations, a music school dropout who didn’t need a classroom to learn how to write a finely arranged pop song. He has something of a love-hate relationship going with pop music, appreciative of its core features and tendencies, but also a bit restless with its constraints. This is why in his songwriting, he tries to ignite a spark that may shine a new light on a form of music that has prevailed well past its golden age.

And that’s what Modern Font is all about, finding creative ways to do something new while remaining true to what made the genre so great in the first place. 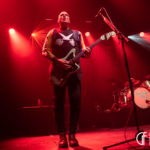 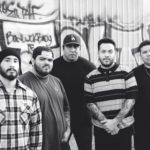