You read that headline correctly… If you’ve made it this far, we’d say it’s safe to say that you’re a person who’s on the ball, and ready to experience something pretty novel with the first listen of Sensoren’s brand new record, Idiot Brain. Due out tomorrow via Chameleons Risen, Sensoren, the experimental innovation of Existentia bassist Mike Sorensen, draws a stark contrast to what you’d expect from an accomplished metaller like himself.

What is it? It’s eleven tracks of exquisite melodies, heavy synths, and compelling rhythms that are meant to bare light to the wide array of emotions that can be expressed through electronics. Idiot Brain captures the weight of our past that we endure through our lifetimes, while also managing to evolve as we move forward to the next chapters that lay ahead.

Describing the record from his point of view, Sorensen states:

“Idiot Brain represents the process of admitting your own limitations and learning to embrace them. The album skips across a variety of sounds and methodologies without settling on one for long, which is reflective of the sporadic and unfocused way I find myself moving through life. The range of moods and attitudes portray the repeated shift in my perspective on the world between bitter indignation and acceptance. It is an acknowledgment of my own insignificance persistently interrupted by a desperate need for control. This music is an attempt to bring these abstract and often malformed feelings into a concrete space.”

Sensoren is a project that has been slowly brewing for a long time for the Philadelphia-based Sorensen. Through a decade of vast musical experiences treading between everything from pop, to rock, to metal, to extreme music, he decided to put genre-intensive considerations aside, and focus more on composing music that was more just reflective of emotions that he felt defined our modern world. Great care went into crafting these diverse soundscapes which you hear, with more danceable moments, as well as more ambient, reflective flashes that are underscored by elements of tension, pain, frustration, and sadness.

Directed by human experience, this is not just an album but a listening experience. 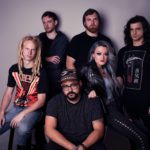 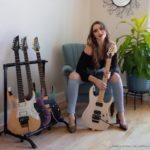