Hey, remember when music videos were actually worth watching? Like back in the MTV days when bands had budgets in the millions to help promote their latest work? Well, hard rockers LYLVC have provided a perfect throwback moment for us with the clip for their new single “Perfect Drug.”

The video rocks just as much as the song does, with big visuals, big production, and high stakes all wrapped into one grand cinematic experience. With massive sets, a multi-coloured light show, and that flashy rock n’ roll wardrobe, this is visually spectacular and really helps to emphasize the band’s bold sound, led by the fire and fury of frontwoman Alyse Zavala.

Elaborating on the video and its shoot, Zavala shares:

“Inspired by the ‘icy veins and I’m all you get’ lyric line, I imagined these larger-than-life and unreachable Ice Queen and Ice King characters. Director Scott Hansen took that idea, and helped us envision eight different scenes that highlighted both our rock and hip hop influences, while also highlighting the chaos of a ‘Perfect Drug.’ It can be beautiful, energetic, fun, painful, destructive, or lead to absolute madness.”

Describing the song, its inspirations, and what it means to her, Zavala adds:

“At the beginning of the pandemic, I had one of the worst breakup experiences I’ve ever had. I was so hurt, and so ridiculously angry. Trust was completely broken and all my walls/guards were back up. I wrote a bunch of songs to help me navigate those emotions, but ‘Perfect Drug’ was just about sitting in that feeling of knowing how closed off I was and how those lies had scarred me. So, Oscar (Romero) and I wrote about feeling cold-hearted toward others, but still being super aware of the pain and emptiness we were trying to keep hidden. Forced back into having these ‘icy veins’ but still feeling ‘alone inside my hell’ like I don’t want to be like this.”

“Perfect Drug” is set to be included on the band’s upcoming EP. To jumpstart the recording process, they reached out to super producer Howard Benson’s team with their rough recordings to see if they would be willing to help them record at West Valley Studios. The response from Benson associates Mike Plotnikoff and Joe Rickard was overwhelmingly positive and they agreed to produce the songs.

Recorded last October, the members of LYLVC had an incredible learning experience and they are now in the process of having the tracks mixed and mastered. Which can only mean one thing: 2022 is going to be a really big year for this band. They’ll have more videos out soon and a tour in the works that will be the rock n’ roll stage production you’ve been longing for. 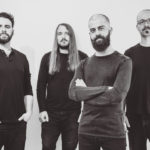 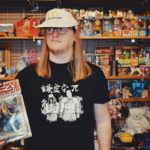 Only an ‘Idiot Brain’ Would Miss Sensoren’s Album Premiere