Commenting on the track, which depicts, according to a recent press release, “…the hip-hop innovator bids goodbye to a jealous lover who has pushed him into a corner, forcing him to choose between romance and music.”

“I wrote this song reflecting on an ex who made me feel like I had to choose between spending more time with her or clocking more hours in the studio. I wrote this song to serve as an anthem for all creatives who feel like they’re being held back by their partners.” 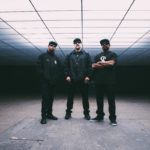 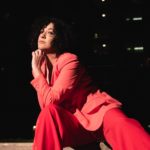