Even with natural, raw talent and ability, a good song or musician needs something to pull it all together. In the case of Casii Stephan, that ingredient is hope which, in some respects, is her guiding principle as a musician. Take her brand new single and music video “Already Gone,” for instance. Accompanied by a bustling, lively new video, “Already Gone” reflects, in a fiery way, on a woman’s courage and journey into leaving an abusive relationship. It’s meant as a spark to stand up for yourself, love and appreciate yourself, and draw the line.

Think of it as one of those hype songs that we all have to get our juices flowing and motivate us to reach higher, strive further, and work harder when we need that extra little push. It’s also meant to help validate your point of view. The only person you can be sure that you can trust is yourself, so have some faith and do what you feel is best for yourself.

Explaining the creative process behind the video, Casii shares with us the following thoughts:

“When I met with Bobby, the director, I knew I wanted the video to be red to be the obvious representation of the passion and anger in this song. After that, we started brainstorming and eventually hit on our love for late ’90s and early ’00s rock music videos where the band is more heavily featured. I had some references like Evanescence and he watched David Fincher music videos. Adding the VHS break-up note was just the perfect touch. Hopefully, this video is as fun to watch as it was to make.”

Where Stephan currently is in her career and the growth she is showing is quite impressive for someone who had gotten to a point where she had decided to give up on music. After moving from St. Paul, Minnesota to her current home in Tulsa, Oklahoma in 2014, she was ready to give up on her dreams, but with the encouragement of a close friend, she carried forward and began to actually release some songs. They soon found an audience and music critics began to praise her for her warm vocal timbre, honest lyricism, and attention-grabbing melodies.

As a songwriter, Stephan is more of a storyteller, moulded by a wide variety of disparate influences. From Disney ballads to soulful R&B melodies, to the rawness of garage rock, she’s inspired by a wide range of influences. With the music industry now beginning to reemerge, this is an important time for Stephan, not just with the release of this new single, but also because of her performance as part of the South by Southwest (SXSW) Festival that just occurred. There’s a lot to be excited about for Stephan. She just hopes that you may decide to tag along for the ride. 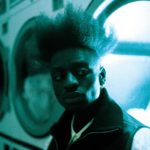 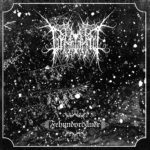