Any last words? You better get them out now, because Mickey Moone is coming to Murder you with his brand new EP, Gathering of Crows. The album, officially due out this week, is from Moone’s current band Murder, a hypercharged punk rock unit rounded out by bassist Antoine Pacitto and drummer Matt Williams.

Consisting of five new songs, this is a brand new musical endeavour for Moone, with the early October release of the single “Perspective” acting as the band’s formal debut. Delivered with a cinematic quality, you can’t help but notice a lot of grit in Moone’s lyrics, a classic Americana quality to the songs that mixes in perfectly with the group’s punk rock vigour. The songs are both quick and to the point, while maintaining a chilled-out classic D-beat throughout the duration of the EP.

Discussing the EP’s motivation and the significance of its title, Moone told us,

“One source of inspiration that never stops giving, negatively or positively. Whether you’ve lost it, maybe you still have it or you’ve been looking for a lifetime and need it. Platonic or romantic, love keeps giving, it’s torture sometimes, but it keeps on giving. Crows have a rich symbolism across the globe like adaptability, destiny and transformation to name a few. When spotted in groups of three or more they’re referred to as a murder. We thought this represents us well.”

The last year has obviously presented its share of challenges, especially to a band that’s just trying to find itself, but the trio has remained focused on honing their sound and spreading the word. They have taken advantage of opportunities to perform at outdoor events, such as car shows, flea markets, and late-night patios, working as hard as they can to make people aware of their band. Moone brings a rugged country and punk charm to the band, taking his inspiration from some of the greats like The Buzzcocks, The Clash, Social Distortion, and Thrush Hermit.

Murder, as a band, is designed around personifying a sound of passion and sincerity, all of which you’ll find a lot of on this impressive debut release. 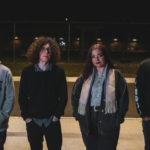 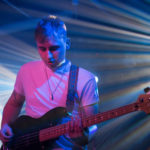