Headlined by Liverpudlian gore merchants Carcass, Damnation Festival returns this weekend for one final event at its Leeds University home before moving to a new home in 2022. We spoke to one of the brains behind Damnation, Gavin McInally, about the upcoming festival and the move to Manchester and a bigger venue in 2022. As well as that, though, with so many memories to be had, we got Gavin to look back and pick out his all-time favourite Damnation Festival sets.

“Number one is everybody’s top set ever, Cult of Luna with Julie Christmas. This was the top set of Damnation ever. I think they played that Mariner show five or six times on the very first tour and Damnation was the only UK show. Cult of Luna is a stunning band anyway but, with Julie Christmas, it just took them to another level and we were really chuffed to be able to host it. ”

“The Dillinger Escape Plan headlining in 2010. It was in Stylus which was our main venue back then so it was the kind of chaos you would expect from a Dillinger show.”

“We booked those guys in 2012 and I think we were a bit early because people hadn’t been turned onto them yet. They headlined the smaller stage but clashed with the likes of Electric Wizard. We had them back in 2015 and had them in one of the bigger rooms with all of the visuals. That was another of those “you should have been there” moments.

“That was at Jilly’s Rockworld, one for those who were there from the early days. We knew nothing back then. There was no health and safety. He said that it was okay for everyone to get on stage and security said it was okay. It wasn’t even upstairs at Jilly’s it was downstairs and the stage was like two milk crates.

“People were on the drumkit. There were people knocking stuff over. We had people trying to hold up amps at the side of the stage. There were walls of death going on. It was pure carnage and there is a little bit of you that is sad that you won’t see that kind of thing again at a Damnation again. There are barriers and proper security but that is one of the ones you look back on and remember it as an old-school punk rock show that you hear folk talking about which you never got to.”

“This one isn’t one of my top five or six Damnation sets because it’s not like I’m a lifelong Bolthrower fan but it was special to see Bolthrower coming and doing Damnation. They’d knocked back every UK festival for twenty years and they finally gave in and said they would do Damnation. They headlined it in 2014. They sold the place out completely. There was a moshpit at their merch stand. The whole room was insane and that was something to see.

“As I said, there have probably been shows at Damnation where I’ve enjoyed the music more but being on the balcony and looking down it was fucking pandemonium. It’s even more poignant now as the drummer passed away shortly after and I think they’ve only done a couple of shows in Canada and the last show I think was in Europe so that’s got a special place for us.” 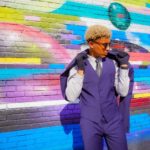 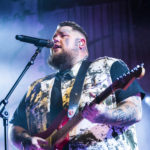