What becomes of the brokenhearted? It’s an age-old question that’s been posed in many forms several different times in the history of popular music. There is no clear answer, with everyone having their own point of view on dealing with such devastation. Singer and songwriter Derek Lersch offers his own take on how to process such complicated emotions on his new single “Over.”

He wrote the song in reaction to a crushing end to a relationship that really left him feeling weary, unhappy, and hung out to dry. Rather than drowning in his own sorrow, he proactively applied these feelings towards his art and craft, channelling those mixed emotions, and concocting one of his most appealing and relatable songs yet.

Explaining how the song was written, Lersch said, “‘Over’ is a heartbreak song that I wrote with two of my buddies, Nathanael Hyer and Justin Lee Partin, at two completely different times. Nathanael and I started the song a long time ago on a Google Doc with the idea and some of the first lyrics, but I just couldn’t find a way that it fit to my voice. After a while, I ended up working on the song on my own and really had most of it together besides a bridge.

“Justin and I had set up a writing session and I really wanted to finish this song so I played it for him and he liked it. We got to work and decided to move it around a little. We cut the first verse in half and made it into a second verse, completely flipped the chorus upside down, wrote a killer bridge, and boom we had the song! It was by far the most interesting co-write I’ve ever had, but I wouldn’t change a thing.

“When I went into the studio, I knew I wanted to have some cool effects with the echo to the vocals to really emphasize some of the key words in the song! We did the photoshoot for the single art at my house with a smoke machine and set the fire alarm off twice, waking up my baby and having a good laugh! I think a lot of people can relate to ‘Over’ because we’ve all been through a break up and there are just so many emotions that go along with that! With this song, I really tried to capture those emotions!”

“Over” is the second song to be released from Lersch’s upcoming EP 100 Proof, which will be released this coming Friday. By age three, when he got up in front of his family to sing Aerosmith’s “I Don’t Want to Miss a Thing,” it was already clear that he was always meant to be a musician. Born in the small town of Scituate, Massachusetts, he and his family moved to Florida at age three, where he obtained a Music Business Degree at Full Sail University in 2015. It was around this time when he auditioned for American Idol and was successfully able to advance a few rounds before being eliminated. That unexplainable passion for music and performance is what has motivated him to keep pushing on, and it’s all started to come together quite nicely for Lersch in the last couple of years.

With so much more to accomplish, Lersch is looking forward to what’s ahead as he continues his evolution as an artist. 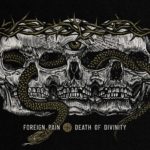 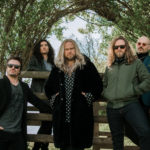