“As vulnerable as they are pissed off” is how Foreign Pain describes their ferocious new album Death of Divinity and, as it hurtles into the chaotic opener “…On Failure,” you get the impression this is will sum up the entire album to a tee.

The vulnerability and emotion put Foreign Pain in the same box as bands like The Ghost Inside, no surprise considering the group feature ex. TGI guitarist/vocalist Aaron Brooks, especially listening to vocalist Andrew Doyle’s throaty roars while, musically, Foreign Pain shares a love of all things brutal with bands like Converge and Turmoil. Combined, the result is a gut-wrenching, face-smashing listen as tracks like “Blood Oath” chug away before the chorus gets screamed right in your face in a moment of pure emotion. Yes, to well-traversed hardcore fans, Death of Divinity might not offer anything new but, in terms of raw, unbridled honesty, you can’t fault either the band or the album.

Early on, Foreign Pain brings in the first of a handful of guest vocals as “Kill To Rise” sees the band joined by Comeback Kid frontman Andrew Neufeld whose acerbic vocals perfectly match the ferocity of the track. Elsewhere, Xibalba vocalist Nate Rebolledo weighs in on the unsurprisingly crushing “Holy Order” while The Warriors provide familiar hardcore gang vocals on “I Thought It Was Me.” Towards the end of the album, “We Are What We Fear” is an absolutely frantic four minutes of abrasive hardcore while “South Of Life” wraps up this record as it started, full of ferocious, raw emotion.

Coming out of lockdown, given the last eighteen months, it was always going to be interesting to see how much more pissed off hardcore music was going to be. With Death of Divinity, Foreign Pain has unleashed a visceral torrent of pissed-off music packed to the hilt with emotion. While it may not be strikingly original, Death of Divinity is certainly one worth adding to your hardcore collection.

1 …On Failure
2. Kill To Rise ft. Andrew Neufeld of Comeback Kid
3. Torchlight ft. Dez Yusuf of Zulu
4. Holy Order ft. Nate Rebolledo of Xibalba
5. Blood Oath
6. Knell
7. I Thought It Was Me
8. And The World Remained Silent
9. We Are What We Fear ft. Marshall Lichtenwaldt
10. South of Life 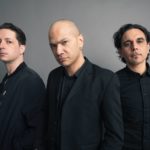 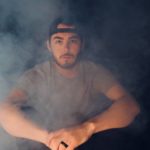