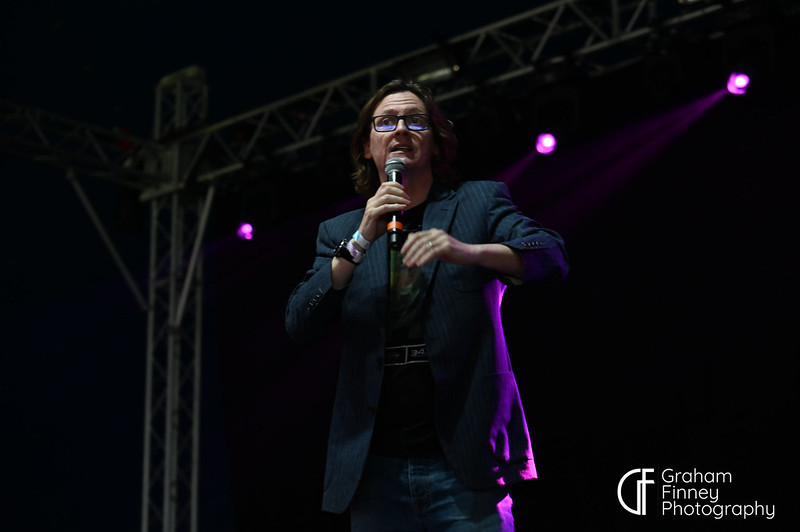 It’s finally happening. Yes, after all the test events, cancellations and changing “freedom dates”, festival season in the UK is finally back on. Despite the forty thousand fans all having to provide a negative test result before attending, the wonderfully diverse Tramlines Festival in Sheffield returned as one of the first festivals in the UK to open its gates to a public desperate for live music and, by the end of it, the whole thing couldn’t have gone any better if it had tried.

A perfect mix of comedy, music and arts, Tramlines is one of those festivals that pulls in some big names across the pop and indie scene but still manages to fly under the radar of the major features. What that means is that, for three days, you get a chilled out atmosphere, no stress and plenty of fantastic moments.

Day one saw the main arena soon fill up as indie favourites The Blinders kick off proceedings however it was the high energy antics of The Pigeon Detectives who really got the party started. Two bands in and already it feels like the last eighteen months never happened. Away from the main arena and fans were taking the opportunity to check out some of the offerings from the festival. Irish funnyman Ed Byrne was providing the laughs on the comedy front while in a very cosy corner of the field, the Library Stage saw fans checking out some of the up and comers including two popular choices The Rosadocs and Billy Nomates. Sandwiched between the two was The Hara, a band who, given they’d already made an appearance at the Download Festival Pilot last month, are clearly hitting the right spots.

Following the end of the comedy, the T’Other Stage was handed over to the music acts with rising Chesterfield newcomers The Rooves, Liverpool faves Red Rum Club and the hugely popular Slow Readers Club pulling in fans from all corners of the site. Now, for eighteen months, these music fans haven’t had the chance to party so when disco Queen Sophie Ellis-Bextor took to the stage, this Tramlines crowd were going to make sure they partied hard to make up for lost time.

Back over on The Sarah Nulty Main Stage it was over to The Streets to bring the first day to a raucous end. Eighteen months without live music and you’d have expected a bit of lethargy to start to hit the crowd by this time of the day but, as Mike Skinner hit the stage and jumped straight down into the front rows, there was not one sign of tiredness from this bouncing crowd. Singing along to every word and dancing as if their lives depended on it, this Tramlines crowd had been waiting for this moment, as had the man himself judging by the way he lit up this festival. What a way to start.

Now Saturday is usually a bit of a chilled out day so how better to start it than with a bit of mucky comedy from Scottish comedian JoJo Sutherland? Away from the comedy, today’s selection of acts on our hit list really demonstrated the diversity of the bill here at Tramlines. From the rockier sounds of Bloxx and Sophie and the Giants to the humour-fuelled songs of The Everley Pregnant Brothers to the ’90s inspired rap of R.A.E., there really was something for everyone across all stages.

Rising alt-pop songwriter Lauran Hibberd lit up the main arena and with a tour supporting The Vamps next on her calendar, she certainly made her mark on these music fans today. London multi-instrumentalist Georgia added something a bit unique to the bill and was high on our list of highlights for the day while Wigan indie favourites The Lathums showed exactly what it is that has made them one of the most talked-about names on the scene.

However, if we’re talking real highlights, then Sheffield-born Lucy Spraggan offered the perfect musical accompaniment on the main stage in the mid-afternoon sun with her honest, heartwarming songs including “Tea & Toast” and a cover of The Proclaimers hit “500 Miles”. In terms of headliners, Brighton band Royal BloodRoyal> proved they were truly worthy of the accolade as they shook the field with their raucous rock. Promoting their recently released album Typhoons, the rock pair delivered a slick, classy set that not only throws their name into the hat for suitable future festival headliners but also guarantees their 2022 UK arena tour is going to be one of the hottest tickets of the year.

Back on the T’Other Stage, London grime artist Little Simz is also stamping around the stage making sure everyone with a two-mile radius of the tent knows she is in town. Jokingly pinching herself to make sure this is all real, her honest, gritty, grime anthems are an absolute hit with this crowd and you get the feeling that her days playing lower down on bills like this are going to be numbered as she certainly showed today that her future appearances at festivals like this certainly headliner status. Absolutely breathtaking. Closing the stage is Jamaican/British singer Mahalia who only justified her headline slot playing to a packed out tent and making sure the second day at Tramlines ended in a classy fashion.

Onto day three and, rather than the thunderstorms and torrential rain predicted, forty thousand fans were baking under the kind of sunshine that is rarely seen at UK festivals. The action on the stages was equally as hot as well as Sheffield metalcore band Havelocke brought a touch of heavy to the day while alt-pop newcomer Baby Queen turned up the heat on the Library Stage. The appearance of Mock The Week funnyman Milton Jones brought comedy fans in early on in the day while Holly Humberstone treated this sun-baked crowd to a wonderful set.

However, despite melting under the increasing sun, not a lot was going to stop this sold-out crowd from having one massive party on the main stage either. The Fratellis put in an appearance as Special Guests early doors and didn’t disappoint with hit single “Chelsea Dagger” being an unsurprising highlight. Other than that, late additions to the bill, Spinn from Liverpool and local lads The Reytons added a raucous touch to the day. The former couldn’t quite believe they were there while the latter was clearly one of the big draws of the day judging by the reaction from the crowd.

Now, if there is one thing you can guarantee and it is that singer-songwriter Tom Walker will deliver an immaculate set and he did just that. Another hugely popular choice, Walker may not be the most energetic of performers but, under the heat of this mid-afternoon sun, he was the perfect choice. Heartfelt songs that we all know and love, hearing thousands of people singing back his heartwrenching hit “Leave a Light On” sent a shiver down your spine.

As we head into the home straight, it’s clear who the big draw for the weekend is and that is Dizzee Rascal. His thumping mix of hip-hop and grime vibrates around the immediate vicinity but, for those locals not attending this weekend who had managed to avoid the festival, when Dizzee cranked up the volume and forty thousand music fans lost their collective minds to “Bonkers”, you could simply not ignore the fact that there was one massive party going on in Sheffield.

So it was left to indie favourites Supergrass to bring this wonderful weekend to a close and they did so in style. While Dizzee Rascal was clearly the popular choice, hardcore fans were not to be disappointed by Gaz Coombes and Co who made sure that this weekend ended with a hit-laden set. Bringing the weekend to a close with the likes of “Alright” and “Caught By The Fuzz”, Supergrass were a worthy way to end a weekend that, just a few weeks ago, none of us could ever have imagined was going to happen. And how good does it feel to say “we shall see you all again next year!”? 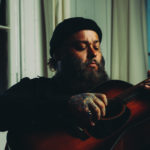 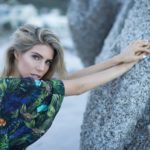