Last weekend was a huge moment not just for rock music but for normality as a whole. Up until last month, rock fans had been devastated by the news that, for another twelve months the staple of the festival calendar, Download Festival, would be postponed again. However, with news that organisers, in conjunction with the UK Government, had agreed for a test pilot event to go ahead in June, there was hope. Hope that this was the start of a return for the kind of live events that music lovers had been deprived of for nearly two years.

So, over the weekend of June 18th-20th, rock fans (albeit in much smaller numbers) again descended on the hallowed grounds of Castle Donington for a weekend of drinking, partying and live music all without the restrictions imposed on the general public over the past eighteen months. Joining the ten thousand fans were almost fifty of the finest rock, metal, punk and indie bands the UK has to offer for a weekend that, for everyone involved, was going to be unforgettable.

Comprising of two stages, the first band to bring live music back to the rock masses was Liverpool brutalists Death Bloom and, while Paul Barrow’s T-shirt states “Download. Welcome to Gloom”, the smiles on their faces as they pummel the masses with tracks like “Fuck Everything” couldn’t have been bigger. It stays heavy as the bodies continue to spit themselves over the barrier during Malevolance’s hellish set with members of the band looking close to tears on multiple occasions during their vicious set. A few hundred yards across the field, power-pop stars Hot Milk are throwing some raucous rock shapes to a rapidly filling main arena. By now, live music has well and truly returned and, fuck, are these bands showing us what we’ve missed.

Boston Manor and, in particular, Holding Absence have fans screaming along to their pop-laced punk-emo while the mysterious Sleep Token bring the second stage to a suitably dramatic climax on the first day. By now, these ten thousand punters are in the moody for a party and who better to party with than UK pop-punk favourites Neck Deep? Watching the band and crowd bounce as one throughout their set, it’s like live music has never been away.

If you’ve seen headliner Frank Carter & The Rattlesnakes before, you’ll know what to expect from the punk rocker. Tonight though, there was something extra special and extra cathartic about his headline set. From the moment Carter and his bandmates stomped onto the stage, something was different. There was an extra spark about their set. You could see it in Carter’s eyes as he launches himself into the crowd. A crowd who were, quite literally, losing their fucking minds. If you’d ever had any doubts about how important live music was to these fans and bands, watching punters fly over the barrier with huge, shit-eating grins on their faces, should have answered that.

Joined by Idles frontman Joe Talbot, rising rocker Cassyette and Lynks, it’s absolute bedlam out in the arena as, for an hour, Frank Carter and the Rattlesnakes put on the kind of display that will go down in history as one of the most unforgettable sets that Download Festival has ever witnessed. 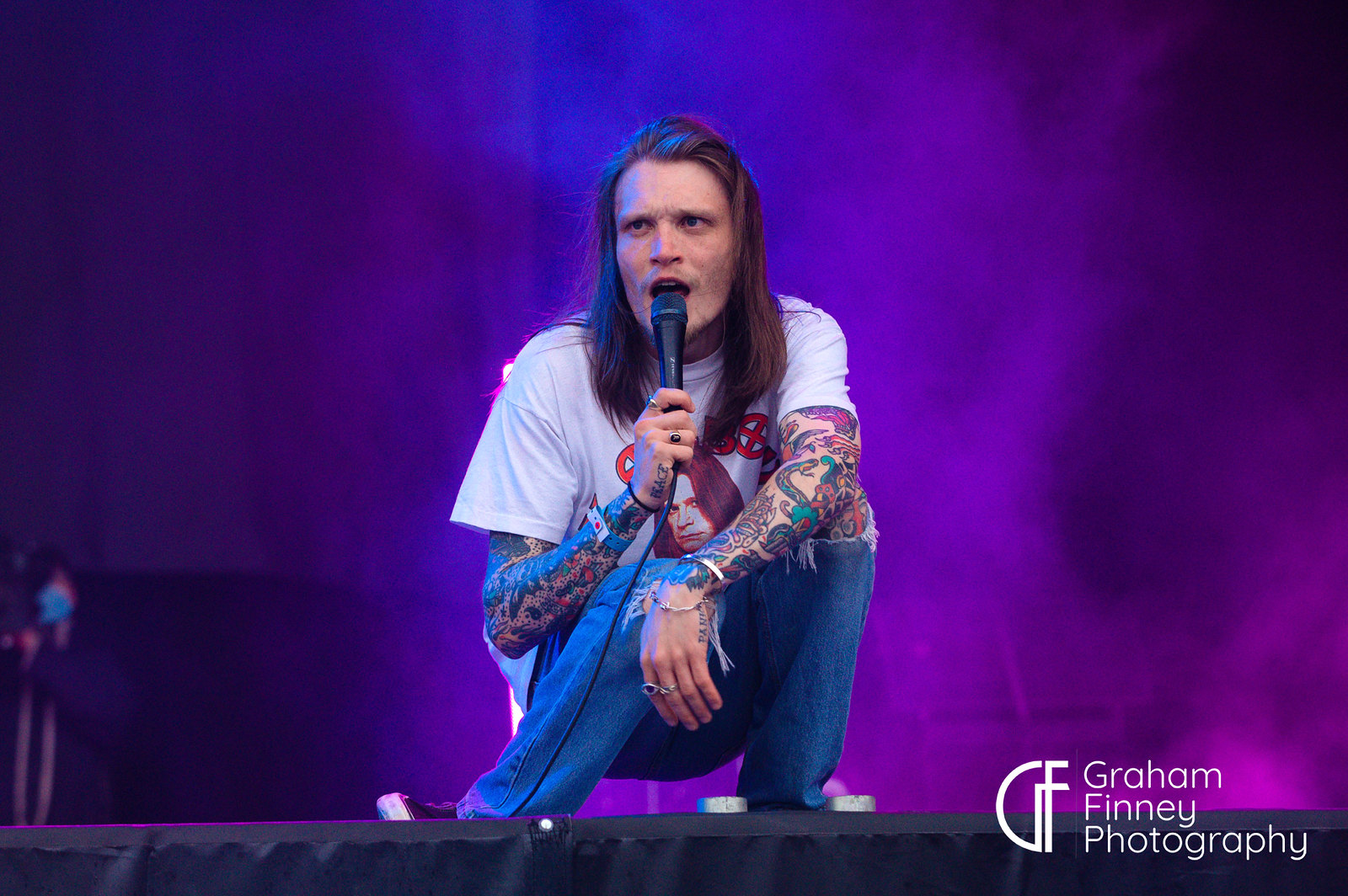 Having partied into the night, Download organisers have made sure that those punters struggling to get out of their tents for Day Two are given a rude awaking as deathcore maulers Lotus Eater kick off the day with their terrifying tunes. Equally as heavy are Conjurer who lurch, groan and wail through some of the mightiest riffs you’re going to see on this main stage all weekend. Of course, in normal circumstances, you wouldn’t usually see bands like Conjurer opening up on the Main Stage of a festival like Download so, unsurprisingly, the three-piece grab the opportunity with both hands.

Scottish metalcore shredders Bleed From Within are one of many highlights of the day and if their crushing metalcore anthems aren’t enough to sizzle the sun-baked crowd on this Saturday lunchtime, their banks of eyebrow-removing pyrotechnics certainly warm things up. Now, for most music fans, festivals like Download give you the opportunity to find your next favourite band and, despite the reduced bill, there were still plenty of opportunities to do that this weekend. From the punk rock chaos of Wargasm to Yonaka’s dayglo anthems to the attention-grabbing outfit adorned by The Hara frontman Josh Taylor, we came away with plenty of new bands to check out. However, if we had to pick a favourite, then that honour goes to Scottish rockers Vukovi not just for the fact that they’ve got a wealth of quality tunes but because, in true Scottish fashion, the first words out of vocalist Janine Shilstone’s mouth were “fucking hell, I’m shiteing myself!”.

Sheffield shredders While She Sleeps are one of the most devastating metal acts the UK has seen and, tonight, their neck-snapping, mosh-drenched anthems are particularly raging. Joined by a large percentage of members from the Sleeps Society, they just about manage to drown out the masses who are singing along to every single one of their raging, metallic anthems. Equally as vocal were the fans of goth/emo favourites Creeper who were bringing the second stage to a close in a suitably dark yet romantic fashion.

However, the Saturday night belonged to one band and one band only, Enter Shikari, who brought the day to a close with an absolutely immaculate performance. Known for their retina-frying performances, tonight, as with Frank Carter’s set twenty-four hours early, had an extra spark about it. A truly emotional night for all involved, when people question who the next main stage headliners could be, bands like Enter Shikari comie along and answer that question with a performance like this one. A packed main arena threw all manner of shapes as an emotional Rou Reynolds raced around the stage overseeing the mayhem as this Saturday night party well and truly kicked off. 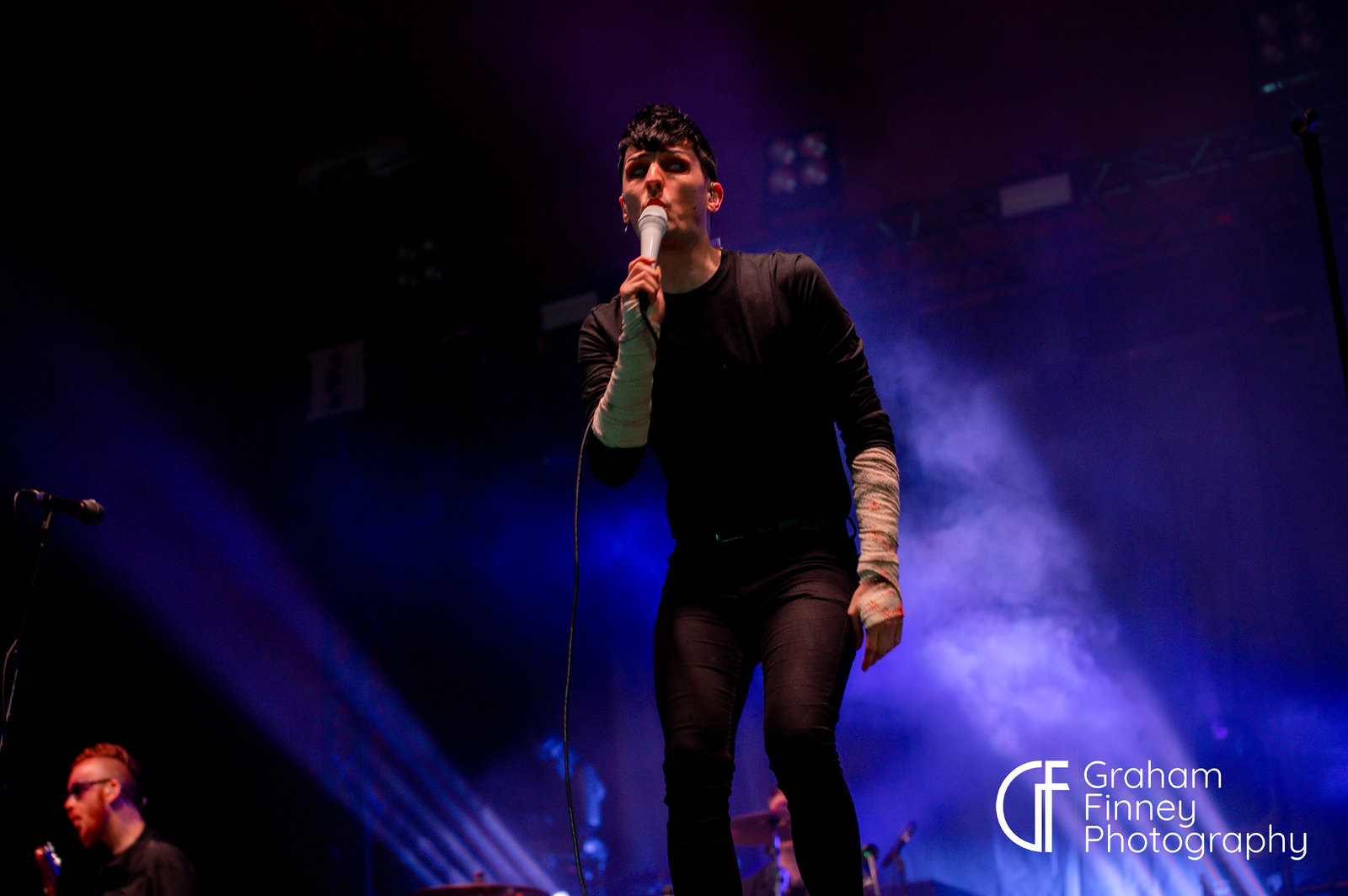 By mid-morning on day three of a festival like Download things are a bit of a struggle. Everyone is tired and hungover and the weather is usually shit making it hard to muster up any kind of energy. Not so today, the sun is peaking through the rainclouds and aggro-punks Saint Agnes are stomping around the stage urging us all to “Repent”. Not a fucking chance. Over on the second stage, alt-rocker rising star Cassyette is making her second appearance of the weekend and showing us all why she’ll surely be back on the Download stage before too long.

Things got heavy across both stages for the early afternoon slots. From the Converge-inspired rage of Employed To Serve, to the aggressive hardcore punk of highly-rated Leeds crew Higher Power, any hopes of a chilled Sunday afternoon were well and truly thrown out of the window. Continuing this theme, one of the highlights of the Sunday were experimental Liverpool mob Loathe who delivered their Deftoneseque rage with the kind of potency that had them living up to their fearsome reputation. Elvana are the kind of band you shouldn’t like but, listening to them rattle out their Elvis-inspired take on a set of Nirvana favourites had more than a few sore heads nodding. Claiming the title of “most dapper man at Download” as he hung around the guest area earlier in the day, things couldn’t be more different a few hours later as Jamie Lenman pummels into the kind of thrash/extreme metal outburst that has the fillings rattling in your teeth.

Unfortunately for British rock favourites The Wildhearts, horrendous monitor problems hampered their set but not before the band had shown why they’re an essential band for any British rock festival. Rattling through anthem after anthem after anthem, they may have been forced to cut their set short but not before they’d blasted through a set full of Brit-rock classics.

As the weekend nears a close, it’s time for one of the absolute highlights of the festival, the mighty Skindred. Looking at the crowd, you get the feeling there could have been ten stages running at the same time and everyone would still have chosen to be here to party with Benjii Webbe, the coolest man on the bill. One of the most exciting live bands on the UK circuit, Skindred were making damn sure that this was going to be a weekend that these fans would not forget. Through the likes of “Kill The Power”, Benjii whips this crowd into a frenzy before the sight of ten-thousand fans partaking in the infamous “Newport Helicopter” during “Warning” sets the mood for an explosive finale. Before the headliners though, folk/punk legend Frank Turner brings the second stage to a glorious climax. One of the nicest men in rock, Turner admitted earlier in the day that he “couldn’t fucking wait to play” and as he bounces about the stage, you can almost feel his relief at being able to play live music again.

And so this unique event is almost over but not before Welsh metal heavyweights Bullet For My Valentine put on a suitably crushing performance to wrap things up. Many years ago, frontman Matt Tuck announced in this very field that his band would one day be back to headline this festival. Of course, this probably wasn’t quite what he had in mind but, judging by the size of their performance, surely a headline slot isn’t too far away? With a new album and tour in the not too distant future, the band look suitably fired up as they hurtled through a pummeling rendition of new single “Knives” alongside staples of their set like “Your Betrayal” and “Scream Aim Fire”. Skindred frontman Benjii joined them for an epic performance of Maiden classic “Run To The Hills” with an enormous version of “Waking The Demon” bringing this weekend to a headbanging, fist-pounding conclusion.

Ultimately, the aim of this pilot was to pave the way for live events of any scale to return to the UK and, on that score, Download Festival delivered. Given the remarkable timescale that the Download team turned this event around in, there was very little you could fault the event on. It was a weekend where common sense prevailed, live music and live events won and everyone went home having surely had the best weekend they’ve had in nearly two years. Hopefully, this is the start of the return of music festivals this summer because, as every single punter who attended will surely attest to, this pilot event showed precisely what we’ve been missing in our lives for the last two years. 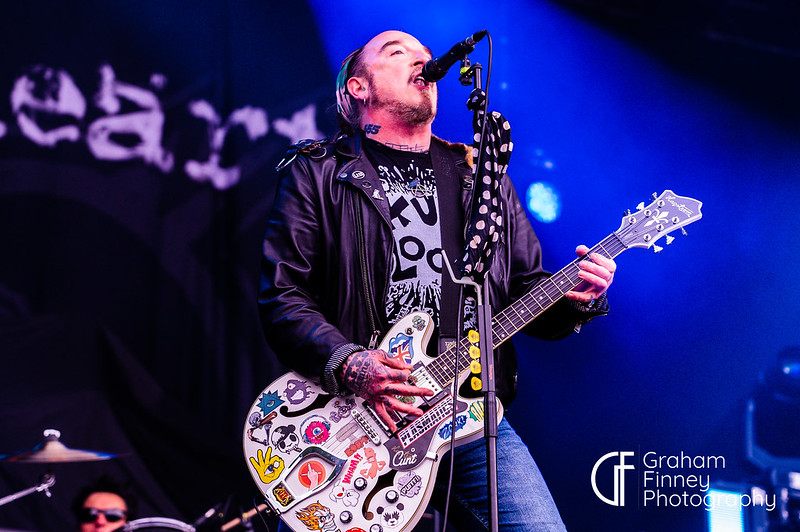 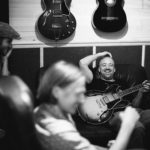 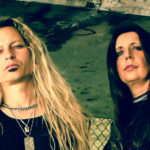