The Casual Sexists are seizing the moment with their brand new album, Your Prescription Is Ready. Released on May 7th, the recording is heavily inspired by our current global instabilities that have befallen us over the last year or so, including the millions that have taken to the streets in protest against racial violence and police brutality, the turmoil precipitated by the COVID-19 pandemic, and the last days of Donald Trump’s term as American president.

Heavy in tone and cynical in nature, the charismatic duo of married couple Varrick and Ed Zed make sure to deliver each song with a certain sense of sarcastic wit that helps define who they are as musicians and as individuals. We recently introduced you to the dynamic duo, with a free song download of their latest single, “Fresh Legs.”

We also recently connected with Varrick and Ed, this time for a new edition of Purely Provocative, where we discuss the more unglamorous side of musical life.

Varrick Zed: “I once snorted a bunch of PCP at a Halloween party up the street from where I lived and completely forgot who I was. Somehow, in this state, I still managed to play a game of Twister, but then also forgot where I lived and it took me two hours to get home.”

Ed Zed: “I once dropped acid in some woods at night when I was on crutches. Somehow me and my fried mates managed to climb halfway up a mountain, whereupon I believed my badly injured foot was cured and promptly threw my crutches back down the mountainside. They were never recovered. We both have far wilder drug stories, but would rather not reveal these publicly. Sorry, readers…”

Varrick Zed: “The first time we were given a rider at a gig I drank so much that I don’t remember playing at all. I managed it, and there is footage somewhere, but the memory of it is entirely absent.”

Ever intentionally spit on fans?

Ed Zed: “Well, not in this band… but from ages 11 to 16 I fronted a pubescent punk band called The Walking Abortions, and at our early gigs both band and fans used to spit copiously at each other. At one show I spat cider all over my mate Ben’s new Kappa jacket, and he responded by gobbing on one of my creepers, which branded the suede with a drippy white spit mark forevermore. Grand old days.” 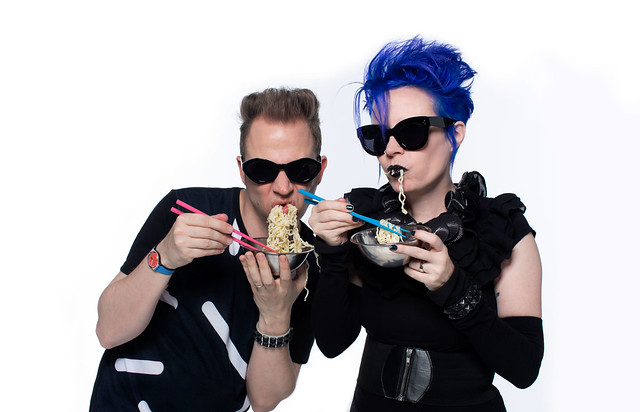 Name someone you’d like to punch in his stupid face, and why.

Varrick Zed/Ed Zed: “As former UK residents, we’d both really like to punch Boris Johnson, as it would no doubt feel like punching Play-Do, and would probably elicit a comically surprised facial reaction. We had the pleasure of insulting him in a tube station once, long ago, but that’s another story.”

Ed Zed: “I was once arrested when I was 17 for attempted burglary after passing out drunk in a pensioner’s garden. I should add that I was dressed mostly in neon clothes and sporting a bleached blonde Billy Idol hairdo, not exactly cat burglar attire. The cop who brought me in said they’d only let me off because I didn’t have any tools with me. Nonetheless, my dad was not a happy bunny.”

Varrick Zed: “It’ll sound terribly clichéd, but I would definitely rob a bank. Because it’s much harder to do these days, because I loathe banks, and because, you know, New York rent.”

Ed Zed: “As long as there was no chance of her finding out, or being angry or distressed, I would totally steal Nicki Minaj’s crazy pink car for an evening.”

Varrick Zed/Ed Zed: “The NRA is a festering cesspool of shame. The daily horror wrought by guns in this country is a wound kept fresh and gaping by that vile organization, and we both despise it with every inch of our being.”

Ed Zed: “Just yesterday when listening to Robyn’s cover of Arthur Russell’s Loose Joints’ ‘Tell You (Today).’ Its shimmering ray of pure, unadulterated pop is so beautiful to me it brings tears to my eyes every time I hear it. Or even think about it. The original version does the same to me, I just happened to be listening to the Robyn version yesterday.”

Varrick Zed: “We don’t have any great shitting stories, but if piss will suffice, I have one. I had to sleep outside a train station in Venice one time, and having awoken at dawn after a night, ahem, on the piss, I had to pee like the devil. Since all of the buildings seemed too old and venerable to piss on, I ended up dropping my leggings and relieving myself into the Grand Canal directly opposite the station, while watching the sun rise. It was quite poetic, really.”

Varrick Zed: “Ever deciding to become a musician in the first place.” 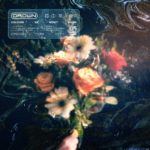