Formed in 2019 and coming at you from Kelowna, British Columbia, Canada, modern metallers Storm The Empire are coming straight for your jugular starting with our premiere of the video for their blistering new single “Leap of Faith”.

The five-piece, made up of Brit national, Dale Henshaw (Lead Guitar), and his Canadian counterparts, Jake Bilash (Rhythm Guitar), Norm Mathers (Bass and Backing Vocals), Robb O’Day (Lead Vocals), and Andy Ashley (Drums), take influence from a raft of modern and contemporary artists including While She Sleeps, Fit For A King, and Karnivool.

The blistering track is taken from the band’s upcoming debut EP, Within Chaos, There’s Beauty, with the band having this to say about the track. “‘Leap Of Faith’ is about the battle of one’s inner self, the choices we have to make that we may not always want to do; and about the struggles of personal relationships due to this. Everyone has dealt with something along these lines at one point or another, and it helps you feel at ease.”

To find out more about the band and what makes them tick, we had a quick chat to them.

So, can you give us a quick rundown on how Storm The Empire got together?

“A lot of us actually got together because of Dale, and his stubborn determination to start a band in Canada. Initially it started with him and Jake meeting up for a beer and jamming out “The Trooper”. Soon after, Norman reached out to Dale through an online ad he had posted looking for a bassist. We found Robb when he and Dale bonded over a rough recording of “Have No Name” during a smoke break at their old job, and Robb reached out to Andy through a mutual friend of theirs and we were able to convince him to join up (like twisting a rubber arm).”

New single “Leap of Faith” sounds like it is written from a personal perspective? Is that the case?

“The song is really special to us because it holds a different meaning for each person in the band. It has a lot of inspiration from struggles we’ve had with mental health, financial struggles, relationships, living situations, and fighting for the band’s future at times when it seemed bleak. We’ve all made a lot of ‘leaps of faith’ this year, and this song represents and holds meaning for all of them.”

You talk about personal battles on the track, what have been the challenges you’ve faced as a band during the last twelve months?

“One of the biggest struggles we’ve had, along with a lot of other bands this past year, has been the COVID-19 pandemic. As a result, and without getting into extreme detail, some of us dealt with unemployment, relationship struggles, familial difficulties, and at times our stress levels were shot and frayed. Dale personally has been dealing with immigrating to Canada, and as a result of the pandemic he’s had to move back over to England for a time.”

Is this a theme that will be running through the rest of the EP? If not, can you talk us through some of the other themes?

“While “Leap of Faith” contains a lot of the themes that have inspired the EP, there isn’t a main song that has inspired the album. The album itself has a lot of themes as a result of the world being stuck in lockdown, with the chaos portion coming from the riots and political unrest that have been exploding around the world, and the beauty is that there is so much coming out of the pandemic that is inspirational and world mending. Coming out of this pandemic, we have a new perspective on the industry and we’ve learned new ways on how to promote ourselves and get our music out to people that we may not have pursued had the lockdown not happened. In that strange way, COVID-19 was the chaos that we needed to create what Storm the Empire has become.”

Back to the theme of the single, you also talk about making choices, what’s the toughest lesson you’ve learned about trying to keep a band/personal life balance?

“One of the biggest lessons internally that we’ve struggled with has been letting things go. Whether it’s having other members taking things off your plate that you once handled, or personal disagreements we’ve had about songs or business decisions, to name just a couple examples. Just like any other band, we have a lot of different personalities in the melting pot that is Storm the Empire, and while that can sometimes cause demons to clash, we have grown so much with each other over the last year, and even with all the bumps we’ve had we have never been stronger as a band. We all know that we’re in this together, and that we can trust to let things go and get a helping hand from one another when we need it. If one of us is struggling in an area of the band, every other member jumps up to the plate to help support that individual, and when a disagreement arises we all know that it’s not for personal gain and that we’re all working to make Storm the Empire the best it can be.”

The new EP is due to drop, what does the rest of 2021 hold in store for Storm The Empire?

“Dale getting back to Canada is one the biggest goals this year for us (#getdalebacktocanada), as his presence is sorely missed, and the distance and time difference has caused some delays with plans we initially had. In the short term, we’re almost ready to release Within Chaos, There’s Beauty soon, and in the long term we’re getting ready to get back onstage to perform these songs live. We’re really excited with the rollout of the vaccine for COVID-19, as it signals the beginning of the end for the pandemic, and that in turn will start turning the gears for many other plans we have for Storm the Empire’s future.”

Pick up your copy of “Leap of Faith” from here. 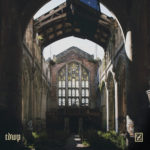 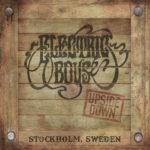