Although not directly a follow-up up to their 2010 EP, Zombie, metalcore bruisers The Devil Wears Prada have labelled ZII as “the next chapter.” They have also described the five-track effort as a new chapter for the band so, delving into the opening track “Nightfall,” it’s going to be intriguing to see where this new road takes the six-piece and their abrasive sound.

Again pushing the boundaries of their metallic rage, ZII sees the group take the apocalypse theme this time exploring the hopelessness of the ensuing fight with vocalist Mike Hranica howling the question “can you make it to dawn?” midway through “Nightfall.” A brutal question tossed out in the middle of an equally brutal opener. It’s also an opener that sees TDWP hitting their stride right from the outset as the guitars of Jeremy DePoyster and Kyle Sipress effortlessly match Hranica’s harsh vocals while the subtle layers of synths from Jonathon Gering twisted into the mix just give that sound an ominously dark edge.

A metallic hardcore band at heart, The Devil Wears Prada have shaken off the shackles of that genre, spread their collective musical wings and, on tracks like “Termination,” have shown what they’re capable of. Abrasively heavy, you don’t have to scrape too deep into their sound to find much more underneath. Whether it is the haunting synths or the splashes of clean vocals that peek out from behind Hranica’s paint-stripping screams, on tracks like the stunning “Nora,” TDWP demonstrates the full weight of their musical armoury.

By combining enough melody to make these songs accessible for an audience who prefer their dose of heavy to be a little more mainstream while still packing enough of a punch for the diehard hardcore/metalcore fans, ZII sees The Devil Wears Prada to continue to push through the boundaries of the genre with devastating effect. So, in answer to Hranica’s earlier question… if we don’t make it through the night, there will be no better way to go than with this raging away as the hordes tear you apart limb from limb. 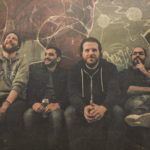 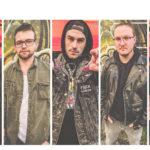