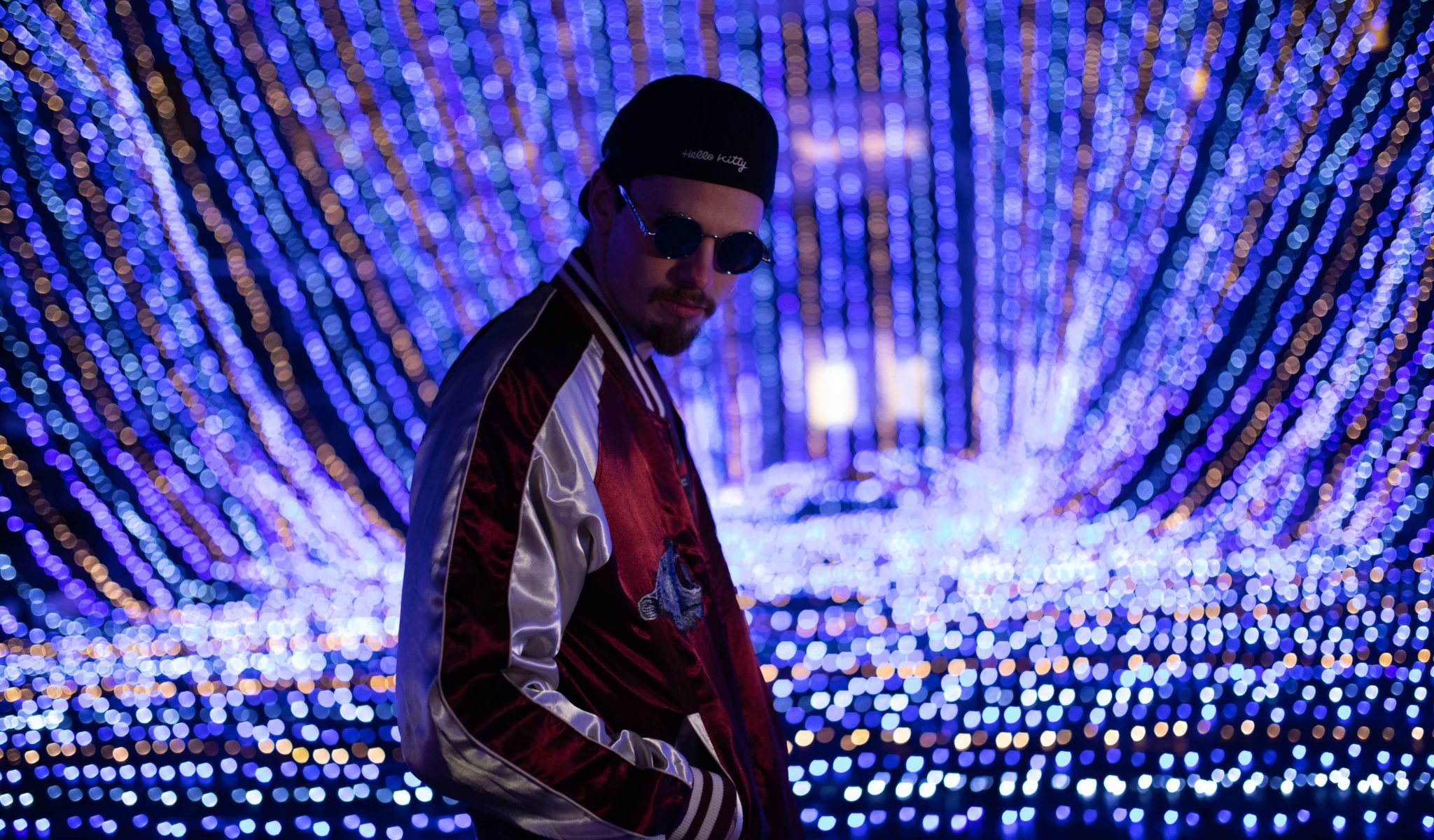 If you met him in person, you’d instantly understand why he’s referred to as Jody Bigfoot. Standing at 6’6, with size 15 shoes, Bigfoot leaves a vast imprint everywhere he goes. His ambition is just as prominent as his stature, as you’ll find out with his highly intricate solo project titled Duszt. More than just a record, Duszt is an experience that comes with a feature-length music video that accompanies the album’s twelve tracks. The video was filmed in Japan, where Bigfoot used to reside, and it was inspired by the concepts of Daoism, Zen Buddhism, and the influence of classic Japanese directors.

The idea for Duszt developed when Bigfoot and producer, collaborator, and multi-instrumentalist Tandaro began working together on some reggae-flavoured tracks. Described as a conscious trap album, the record was heavily inspired by modern American trap and hip-hop, as well as London’s Notting Hill Carnival, a yearly event that attracts millions of people and has celebrated culture and diversity for over 50 years.

Please update the link to this so sorry:

Telling us more about Duszt, Bigfoot said, “Conceived at Notting Hill Carnival, written amongst the ancient rainforest of Canada, recorded on an Island in Bavaria, filmed in Japan and edited on an Island on the south coast of England, Duszt is part Zen Koan, part protest.

It is an affront to and possibly even a cure for the damaged attention spans of the 21st century. Like the two Oni that stand at the gates of a Buddhist Temple, the long introduction will shed like autumn leaves those who cannot focus, and are not ready.

It is a protest about ego and greed that has damaged our Mother and reduced the powerful political movement of hip hop to materialist mumbles.

It is a gift to the world, an attempt to pass on the blessings I have received from musicians that have touched my soul and raised my vibrations.

Duszt is our answer to the question no one is asking.”

Producer Tandaro added, “We wanted to make an album that we’d be interested in listening to our selfs. I know, it’s been said a million times, but it’s actually the case and here’s why: we wanted a cohesive conceptual crossover trap long-player filled with modern sounds and styles that brings something new to the table, that hasn’t been done before, whilst not worrying about conformity and the lyrical topics that usually go with this type of sound.

We pretty much wanted to break all the rules of the streaming age and we achieved that. It’s almost twice the length albums are these days, some songs even break the seven minutes mark. We’re totally aware of the fact that those decisions will cost us some listeners with short attention spans, but that’s totally ok. We wanted to create an immersive multimedia experience that the audience can loose themselves in. Duszt is a journey, not a three minute subway ride.”

Tandaro and Bigfoot first met online where they instantly connected and began writing together. Modern trap music was used as the backbone of their musical adventure, coupled with jazz, reggae, UK garage, J-core, hard rock, and heavy metal. An ambitious piece of music, Duszt challenges preconceptions of contemporary hip hop, and also reflects the purity of thought and poetic synergy. Due out May 1st, this is an album that will take you on a journey of musical discovery that you’ll relish every moment of.