Raw black metal, with strong dungeon synth inspiration seeping through, may be a beautiful phenomenon, but it is not without its pitfalls. The most obvious among these is the common perception of the tortured edgelord artist and the ‘kvlter than thou’ aphorisms that sprinkle what is an incongruously active social media presence, given its apparent disdain for anything to do with society or community. And, as much as I try to separate art from artist, this angst-y cry for attention tends to colour my perception of throwback black metal projects like The Eternal Melancholy of the Wampyre, the first full-length from Ecuador’s Wampyric Rites.

Thankfully, this ain’t my first rodeo when it comes to the relatively new upsurge in second-wave black metal worship springing up from South America: the Pure Raw Underground Black Metal Plague circle, a contemporary Latin interpretation of Euronymous’ Inner Circle, has actually been responsible for some of the most authentic and emotive records in this genre in a long time – including the likes of Gryftigæn or Old Castles, both of whose recent releases on Inferna Profundus I have had the pleasure of reviewing. Wampyric Rites continue in much the same vein, but with the added spice of vampire lore: a strategy well used in the past by the likes of Ancient, Mütiilation or even Cradle of Filth, and now a staple theme in black metal.

The album stream courtesy of Inferna Profundus. The magic really begins at 18:09.

The net result is that I was pleased by the product, but in no way surprised: the audio is rough, heavy on the treble, and thick with tinnitus-inducing reverb, but still performed with enough skill to make it believable. Of the six cuts selected for inclusion on this record by the nocturnal entity called Wampyric Rites, five fit this previously described mould perfectly. But the sixth, however… The title track, “The Eternal Melancholy of the Wampyre,” is absolutely unforgettable. Built around such a catchy hook, the draw power of the tapped lead riff kicking off this eight-odd minute journey can easily be mistaken for an unreleased Satyricon or Immortal demo. Every time this pops up in my playlist now, I stop what I am doing and bliss out.

From the starting strains of the wheezing organ of the main theme of “Ancient Specters of the Forlorn Forest,” the message is fairly clear that this album is going to be a musical journey to the past. Dungeon synth and raw black metal vie for attention throughout and if that was all The Eternal Melancholy of the Wampyre had to offer, so be it: it would still be a decent three-quarters of an hour of gloom. But given the aforementioned title track’s quality, the remainder just makes me a little irritable, because I keep asking myself why the rest isn’t as damn good. Still, this is only the first official full-length (after a VERY prolific two years of EPs, demos and splits) from Wampyric Rites, so perhaps the best is yet to come.

The Eternal Melancholy of the Wampyre Track Listing:

1. Ancient Specters of the Forlorn Forest
2. As Light is Absorbed by Darkness
3. Tyrant’s Blood
4. The Eternal Melancholy of the Wampyre
5. Grim Funeral Inside the Dusty Dungeons of Time
6. Under an Amethyst Sky 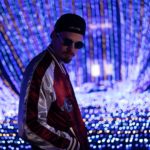 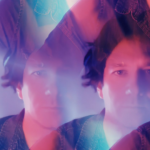