If you thought it was hard to ignore Brighton rock n’ rollers Black Honey before, the release of their hotly-anticipated sophomore album, Written & Directed, is about to make them one of the most talked about UK bands around. Kicking off with the electro-pop stomp of “I Like The Way You Die,” the Brighton quartet confidently announce their entrance to a soundtrack of hooky choruses and pulsing beats.

A brazen start, the album just gets better as “Run For Cover” sees their sound all glammed-up, sleazy, ‘90s electo-pop trashiness. A rough, fuzzy guitar sound is dipped in some anthemic, dirty-as-fuck pop hooks and, if you’re not tapping that foot along by now, check your pulse. The glam trash rock lesson continues as the band throws a sassy brass section into the mix for “Beaches.” Three songs in and Written & Directed has tossed out three monstrous pop bangers but, having got this party started with a bang, “Back Of The Bar” takes this story down a different route.

Yes, the electro-pop lifeblood of the Brighton outfit’s sound is still pulsing away underneath, but now vocalist Izzy B. Phillips steps up and makes the spotlight her own. A superstar in the making, Izzy has always been the focal point of the band but, by the time she shines like a star on “Believer,” the murmurings of her being a flag-bearer for women in rock in 2021, are very much justified with this headline-stealing display. Equally as soothing as she is full of swagger on “I Do It To Myself,” the frontwoman shows that she is more than just the trash-rock party animal that arrived on “Run For Cover.” Already worshipped by her cult fanbase, one whiff of the ferocious trash anthem “Disinfect” and she will have the world at her feet.

A wild ride, Written & Directed ends with the beautifully haunting “Gabrielle.” A gentle, sincere ending to this brilliant album, Phillips’ performance is absolutely hypnotizing. A song you could imagine Phillips playing out during one of those smoky romantic nightclub movie scenes, it’s a flawless, beautiful end to what is about to become one of the most talked-about, important rock albums of 2021. 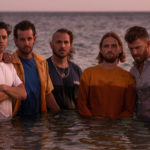 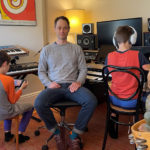