Three-piece experimental indie-rock band Thee More Shallows released three albums and a few EPs back in the early ‘00s, garnering critical acclaim and a cult following before the band disbanded. Each of the members moved into new phases of their lives. Now, frontman Dee Kesler has emerged from the wilderness working under the Thee More Shallows moniker again with the help of some previous band members and some new musicians.

Dad Jams has been described as “probably the coolest album anyone’s ever written about fatherhood,” combining eccentric experimentation with perfect epic pop moments. Dad Jams is the first Thee More Shallows offering in 14 years and comes out this May, via Monotreme Records.

As a taster to get you all in the mood for the album release in May, the band are set to release the psychedelic, hippy-infused slice of indie-pop “Ancient Baby” tomorrow. Speaking about the track, Dee said, “The title ‘Ancient Baby’ always makes me laugh. Does it mean an old soul, like a sweet little Dali Lama, or a geriatric/infantile combo? Both. The process was typical for me, and the TMS project in general, in that the writing and initial recording process went quickly… then I did roughly 2,000 overdubs.”

So why return now after 14 years? That was one of the burning questions we put to Kesler.

Thee More Shallows are back after a 14 year break. Life took you in a different direction at the time, so what brought you back together?

Dee Kesler: “It’s weird that it has been 14 years! I always intended to do another album, but life intervened. This literally is the first chance I’ve had over the last decade-plus. And when it came time to record the songs I had finished, I reached out to the people who I love and trust as collaborators… and used the band name that we’d used in the past. It remains a terrible name: Thee More Shallows. Who would name a band that?”

Thee More Shallows 2021 is a mix of old members and new members. How was the initial reaction to getting back together and what was the reasoning behind getting new members in?

“I’m not sure anyone’s back together, per se. I just finished some songs, and these are the people with whom I love to work. I’ve always been the main songwriter. In the early days of the band, Tadas was a co-producer. Later on, Brian and Jason took on more active roles. I would have loved to get all of them together, but this time around it turned out that only Jason and my schedules aligned. Cosmos has been on all the albums. And Rayel, I first heard doing a Rihanna sound-alike on a cheerleader stock-music album?!? I reached out to her to do some vocals because I thought her voice was amazing. That sounds like past-tense; I continue to think her voice is amazing!”

You’ve got a new record coming out in May, what can you tell us about the new music?

You’ve grown-up, had kids, had a life… what is the most important lesson you’ve learned over those 14 years?

“Be kind to yourself and to others.”

“In 2006, Spotify hadn’t yet formalized the worthlessness of a recording. But also, you couldn’t self-release and find a billion fans. So the good keeps coming with the bad. Every year the ‘industry’ unveils new opportunities, and engineers new racks on which artists can torture themselves. Production and songwriting keep hitting new heights of creativity, and the marketplace commodifies the results ever more efficiently.”

I believe the album is written about fatherhood. What is the one lesson or nugget of wisdom you’d like to pass on to soon-to-be fathers from your own experiences?

“You’re literally the best person for the job. Get some Richard Scarry books!”

Finally, thanks for your time. What does Thee More Shallows mean to you in 2021?

“It remains the primary vehicle for me to express myself, in whatever year I’m lucky enough to be living in.”

Dad Jams will be available on CD and digital formats on May 28th, as well as a limited edition vinyl LP (200 copies on 180g white vinyl), which can be ordered from Monotreme Records. 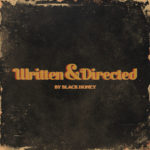 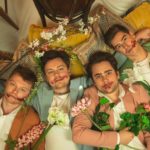