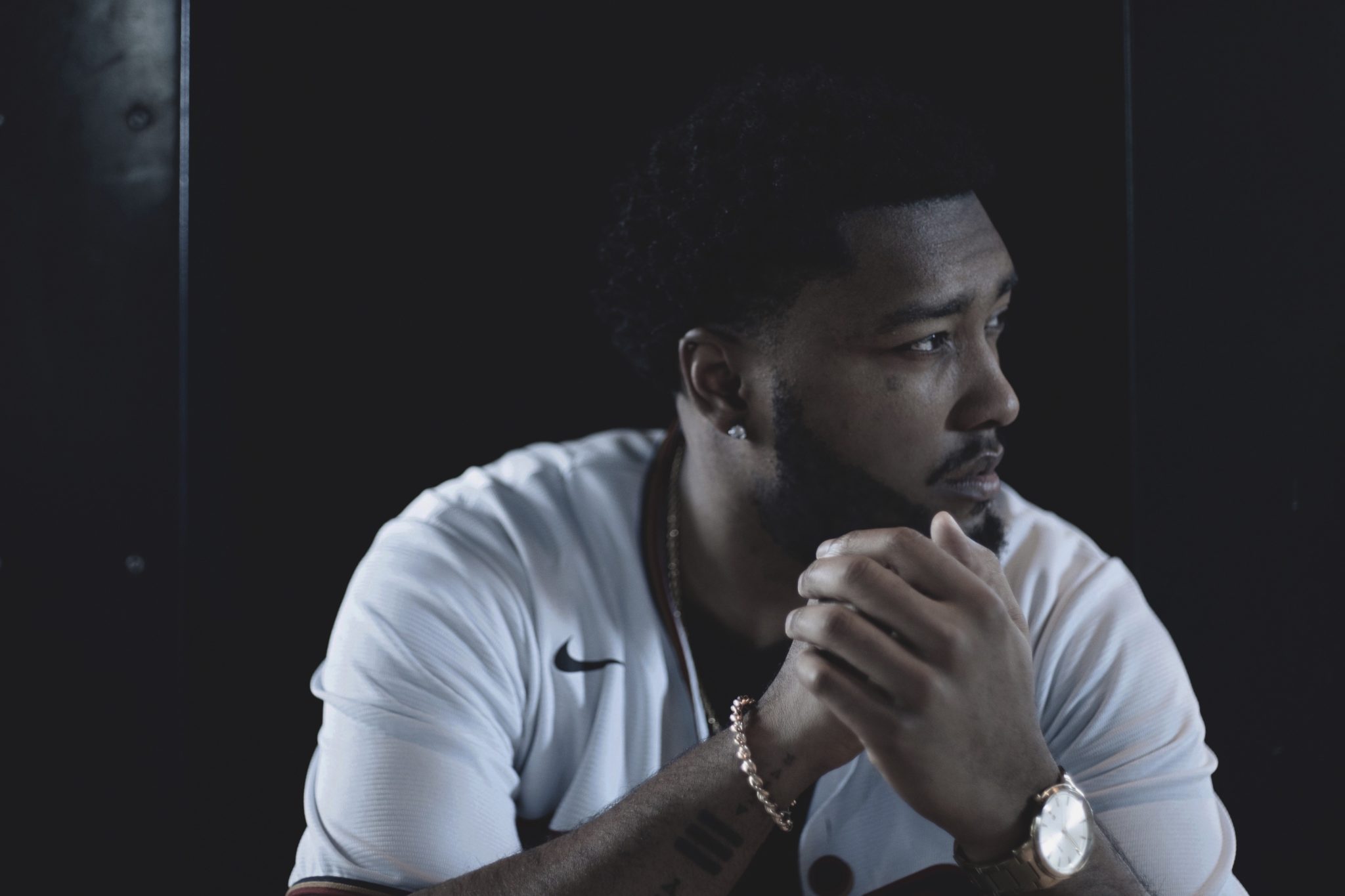 Artist, singer, producer, businessman, mogul, CEO… There isn’t a lot that Dom Rivers doesn’t do. The supremely talented Rivers recently released his newest single “Playing Both Sides,” featuring Demon Marcus. The song shows Rivers’ strengths as a musician, which happens to only be one side of his multi-faceted abilities.

Many years ago, Rivers decided to give his life to the arts and entrench himself in all aspects of the artistic process. Sonically, visually, and professionally, he’s got all the bases covered. In 2016, Rivers formed Gnarly Odds, his very own entertainment venture that acts as a production company, record label, and clothing brand all in one. The ambition of Gnarly Odds is to promote creativity and drive to young artists who are looking to not only break into the industry but also have a positive impact doing so. From a musical point of view, Rivers’ aspiration is to become a household name as both a hip-hop artist and a producer.

We recently caught up with Rivers, for a High Huddle interview, wherein we spoke about his tastes when it comes to marijuana, how it fits into his lifestyle, and his best, and worst experiences.

Dom Rivers: “My chronic tonic of choice would be weed. I prefer the natural flower over all the other methods of smoking. I used to smoke oil, but I don’t enjoy the immediate height of being that blitzed. I feel as if I have more control of my spacy-ness when smoking just the plant.”

How do you prefer to ingest your devil’s lettuce: pipe, papers, bong, home-made contraption?

“I tend to only smoke papers. I used to indulge in bongs, chillums, and bubblers when I was a bit younger, but I prefer to smoke papers nowadays. Much cleaner and potent smoking experience!”

“My preferred time of day to smoke is in the mornings and evenings. Mainly evenings though. As for my choice to smoke in the morning, it truly depends on what kind of day I have ahead on that particular day. I move around a lot and I am constantly communicating throughout the day in between studio sessions, zoom calls with collaborators, emails, FaceTime, etc, so I try to stay clear-headed for a large majority of those interactions as they typically pertain to important tasks, documents, or projects we’re working on.

I primarily enjoy smoking during the evening hours because that is typically the time of day for me to lock in and hyper focus on what solely pertains to just me. During the day I am typically with my engineers or other artists I collaborate with, but at night I tend to focus on my workouts at the gym, cooking my meals, and/or my solo musical ventures and weed helps me lock in on all of those things indefinitely.” 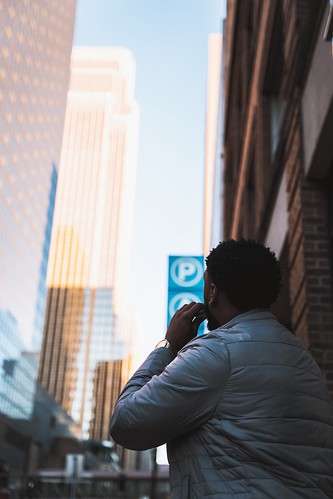 “Mostly all of the above. It honestly depends on what headspace I am in and what my plans are after I smoke. If it is the end of the night and I’ve completed all of my tasks for the day and I decide to smoke that automatically mellows me out because my plan is to go to relax, rejuvenate, and go to sleep at that point. However, I almost always get stoned before hitting the gym, or before a hefty studio session. I’m not really the munchie type! I actually become more aware of what I am eating when I smoke weed. It significantly curbs my hunger and I second guess unhealthy choices when I am high 100 percent of the time. Being high and filled with a ton of sugar and excess oil from munchies doesn’t mix well with me. I prefer a nice açaí bowl with some oats over anything. I also break out really bad from those foods so even when I am not smoking I stay away from them.

I don’t think I’ve ever been around my mom high in my adult life. Only once ever! There was a time where she caught me ripped when I was a freshman in high school. She suspected that I was high when she arrived home from work and asked me if she could smell my hands. I was basically screwed because I reeked. However, she only grounded me for a day because I told the truth. I don’t think I ever lied to my mom about anything ever again after that (laughs)!”

“I don’t really have a personal favourite strain. All around I typically like Sativa plants because it often sparks energy to help me focus on the tasks we talked about earlier. I stay away from Indica strains if I can, because those make me tired and typically give me mild headaches depending on the setting and day.”

“In the early stage of my music career when I started out producing beats, a friend of mine and I took a trip out to Los Angeles. We went there to visit his family and get away from the cold weather for a bit. I stayed in their guest home while we were visiting and made a collection of some of my first songs. While being there I took the time to really divide into learning music theory. Smoking weed wasn’t something I could do recreationally legally back in my home state, so being able to experience getting super shaded recreationally was something that I was able to enjoy for a bit.

One of the mornings we hung at one of our buddy’s places in San Fernando Valley for a bit. We just chilled by the pool and got violently high and then went on a hike at Runyon Canyon Park where we continued to smoke the entire hike. I remember just being super in the moment for once. My mind used to wander almost all of the time no matter what I was doing back then, and still does at times today, but that day I soaked everything in and just took everything as is and learned how to be present. Ever since then I’ve been pretty big on being present and taking life for what it is while it is happening.

This was one of my best weed induced trips ever because I felt as if I was hit with an epiphany and this huge cloud of insight that would eventually be a guide for me moving forward mentally in my everyday life. The crazy thing is, is that I was always a chain smoker up to this point, but there was something about that day that shaped a lot for me moving forward. Everything that day was super random too (laughs)! There was like a random film crew on set shooting a movie as we were hiking the mountains. After going back home and freshening up I remember just doing miscellaneous stuff all day. I visited the Hollywood walk of fame, held snakes, checked out The Rose Bowl stadium, and went to an escape room near Cahuenga Blvd. and afterwards discovering the Vivid entertainment building where like all of the top adult films were being produced under and out of. That was mad random.”

“I honestly haven’t had quite many. The only time I remember having a bad experience with weed was when I started smoking in my teen years. I decided it was a good idea to go and play basketball for some reason. Not only was it the worst day ever for hoops but I remember getting the biggest headache I ever had in my life and slept for like ten hours straight. I woke up and got my first taste of grogginess from smoking. Not tight.”

Do you deal with edibles and, if so, give us some details on what you’re into.

“I am not into edibles as much. There are times that I randomly decide to consume them when they are offered, but I do enjoy the candy products over the baked goods when given the option. Nerd ropes and gummy candies are my preferable picks for edibles when I do indulge. I have to legitimately not have anything planned for a while whenever I decide to randomly enjoy edibles. I am a high functioning weed user but that edible high is a different kind of monster.”

“It works. It kind of always has. I am pretty productive most of the time when I smoke and music is something that is still enjoyable in those moments when I decide to get shaded. I am just more locked in on the execution of performance and the detail side of things. It also helps with minimizing my phone use while I am working on music. When I am clear-headed and not stoned, I tend to get distracted by my phone quite a bit. When I am lifted it is easy to place my phone down somewhere in the studio facility and get work done for large chunks of hours without acknowledging my phone once. I don’t smoke every time I go into work though. However, when I do it works well. You know? Balance.”

“Yeah, there’s a too high. I believe too high for me is when I start to get headaches and water doesn’t even seem to be proving hydration me anymore. I rarely ever let that happen though. I have no problem putting a joint down and re-lighting it later. I keep a few half smoked doobies with me.”

“I think it depends on who the person is. To say it is a gateway drug universally would be quite the statement, so I wouldn’t say that. I can’t say that I personally have ever wanted to try other things based off of my admiration for weed.”