Since you haven’t been to a proper rock concert in about a year now, we’re assuming your vocal chords are well rested at this point. Which is a good thing because you may not be able to speak after screaming your lungs out to Suicide For A King’s brand new music video for “The Worst in Us.” One listen to this song and you’ll think you died and went to metalcore heaven, with its punishing pace and scorching vocals, courtesy of lead singer Jeremy Carignan.

This is the type of song that will make you miss live shows because it’s that type of barn burner that puts the entire crowd into a frenzy. The release of “The Worst in Us” is keeping that momentum level high that started when the band released the single “Misconception” this past November. They had plans to be out on tour throughout 2020, but obviously, those plans had to be scrapped, so the band members recalibrated and decided to focus on writing and recording their best material yet.

With a few words on “The Worst in Us,” the band stated, “Emotions play a significant role in the human experience itself and can have a profound impact on one’s life both very positively and extremely negatively. Your life can be altered and a new path set because of a moment of indecision or the wrong decision.”

The origins of Suicide For A King go back to 2015, but it wasn’t until the following year that the band members started to make this more of a full-time endeavour. When Carignan joined the fold in 2018, he proved to be the missing piece that the band needed to start making significant strides, which they did when they started recording new material. Part of these recording sessions produced “Oceans Within,” which proved to be Suicide For A King’s breakthrough hit. A buzz began to grow within the band’s native city of Montreal, and then it quickly spread throughout Quebec. It wasn’t before long that they were providing support for well-regarded acts, such as Blessthefall, Silent Planet, Currents, and Escape the Fate.

With an upcoming release scheduled for later this year, Suicide For A King is loading up on ammunition and ready to come out firing when they’re finally given the go-ahead. 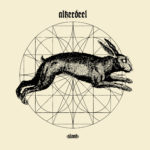 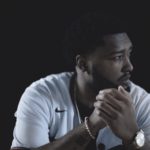