Stone Cottage Studios, a Colorado-based Music Discovery Platform in support and promotion of local and visiting musicians, has announced a new addition to their live stream lineup with Kind Hearted Strangers set to take the virtual stage on January 14, 2021 (Tickets Here). Performing their new album East // West in its entirety for the first time, Kind Hearted Strangers will be celebrating the release of their first full-length album which recently hit listener’s ears on January 1st, 2021.

“This long period of isolation from the world of live music has given us the opportunity to sit down and create new material, to grow as artists on the creative side and to give all of our attention to the completion of our first full-length record,” says Marc Townes of the band. “We can’t wait to share this with you and to do one of our favorite things of all – play it live!”

Originally planning to celebrate East//West with an album release show at the Boulder Theater, the band’s show was cancelled due to public safety concerns relating to COVID-19. Rather than push the date, the band decided to celebrate the release with an HD Livestream at Stone Cottage Studios in Boulder – allowing friends and fans from coast to coast to watch from the safety and comfort of their homes. Stone Cottage Studios has made a tremendous effort to help local Colorado artists pivot into the digital concert world as live music has hit a wall over this past year. They are using state of the art equipment to bring a high definition concert experience to music lovers’ homes with an innovative live streaming production, featuring 1080P video and audio for the highest quality viewing experience. With the safety of the artists and staff of the utmost importance, the studio has implemented several automated camera systems to eliminate the need for actual camera personnel and take precautions to decrease the SCS staff to 2 during performances, both of which are operating behind protective barriers. “Safety is really of high importance for all,” says Jamie Maynard, founder of Stone Cottage Studios.

With a number of live stream concerts on the schedule for January/February, Stone Cottage Studios are actively looking for supporting sponsors and monthly supporters for these shows and other virtual events they plan to host. For those looking to support the Boulder music community and Stone Cottage Studios, get in touch via their website or attend the upcoming virtual shows. 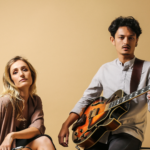 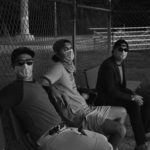