Alternative indie duo Moon Rise City has released their empowering new single “Crawling Slowly.” The song was written to provide solace to those going through a difficult time and provide them with the courage to find what’s best for them. “It’s about hearing your inner truth, the pull between following your head or your heart, right and wrong, fight or flight,” says Moon Rise City. The song touches on a toxic relationship and how a person can feel entranced by the ups and downs. “Behind your darkness, I’m in heaven,” member Lauren Tracy sings with a sultry, alluring voice. “Crawling slowly, but somehow I’m falling down.”

“Crawling Slowly” is an overall smooth, alt-pop groove with stunning production and intricate lyric choices. Lauren remembers the challenging experience that caused the original songwriting. “It was a tumultuous time and I struggled between the pull of my head and my heart,” she says. The single started off as a love song, but transformed into a powerful breakaway song. Soon after writing “Crawling Slowly” Lauren moved to Vietnam and started a new chapter in her life, which soon led to her meeting her music and romantic partner Indy Laville.

As part of a series of 2021 releases, “Crawling Slowly” will be followed by a new release every six weeks up to Moon Rise City’s debut EP Relics of a Bygone releasing in June. Fans can also look forward to a music video for every single release happening in the new year.

Moon Rise City have released three singles to date. Their debut single, “Shadows of the Trees”, featured on Spotify New Music Friday SA. Followed by “Suspicious Creature” & “You Can Take My Money” which featured on Women of Substance Podcast. 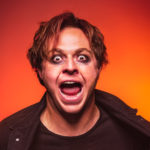 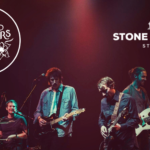