The story of Blood From The Soul reaches as far back as the 1990s when Napalm Death bassist and extreme metal visionary Shane Embury put together the first incarnation of the project. The first fruits of the outfit, which included Sick Of It All frontman Lou Koller, appeared in 1993 in the form of their Earache Records disc To Spite the Hand That Breeds. Fast forward to 2020 and Embury has reignited the project, this time teaming up with fellow extreme metal visionary, Converge frontman Jacob Bannon, along with members of Megadeth and Nasum.

Now, let’s be honest here, Jacob Bannon doesn’t put his name to anything remotely second-rate. So, know that he has teamed up with Embury for the second album, you know DSM-5 is going to be something a bit tasty. A frightening prospect, Blood From The Soul’s (line-up rounded out by Megadeth’s Dirk Verbeuren and Nasum’s Jesper Liveröd) sound is a punishing amalgamation of punk, industrial, and grindcore. A conceptual album, written by Embury from the perspective of human beings and machines, the record kicks off with “Fang Tooth Claw,” a more straightforward grindcore offering right from Embury’s Napalm Death blueprint. It doesn’t take long though before BFTS spread their musical wings and things get a bit tastier.

Following what would be a familar-sounding opener for fans of Embury’s grindcore work, both “Ascend The Spine” and “Debris of Dreams” see the project lurch into more crushing, industrial waters. Almost machine-like in their delivery, both songs delve deep into the more experimental side of the industrial genre. Each effort sees Blood From The Soul create a sound that, while having that harsh aspect of industrial, is still organic enough to avoid sounding clinical and soulless. “Dismantle The Titan” is more headache-inducing musical punishment but, when you hear Embury talking about his influences, you’d expect nothing less. From a lyrical-side, speaking to V13, it would appear that the Napalm Death bassist has taken a large chunk of influence from his frontman. As experimental as the music, Bannon may have been drafted in as a replacement for Koller but, judging by comments Embury has made, in Bannon he found a man who shared his vision.

“Lurch of Loss” is an abrasive mix of industrial metal and dirty grindcore while the title track brings this concept album to a suitably dramatic, harrowing climax. If you know anything about Embury’s musical life then hearing the stark brutality of DSM-5 will come as no surprise. Be warned though, even if you’re a fan of the relentless grind of Napalm Death and Nasum, the howled vocals of Bannon or the groove of Megadeth, DSM-5 will still push your musical stamina to the very limit. 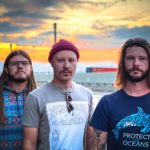 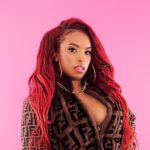