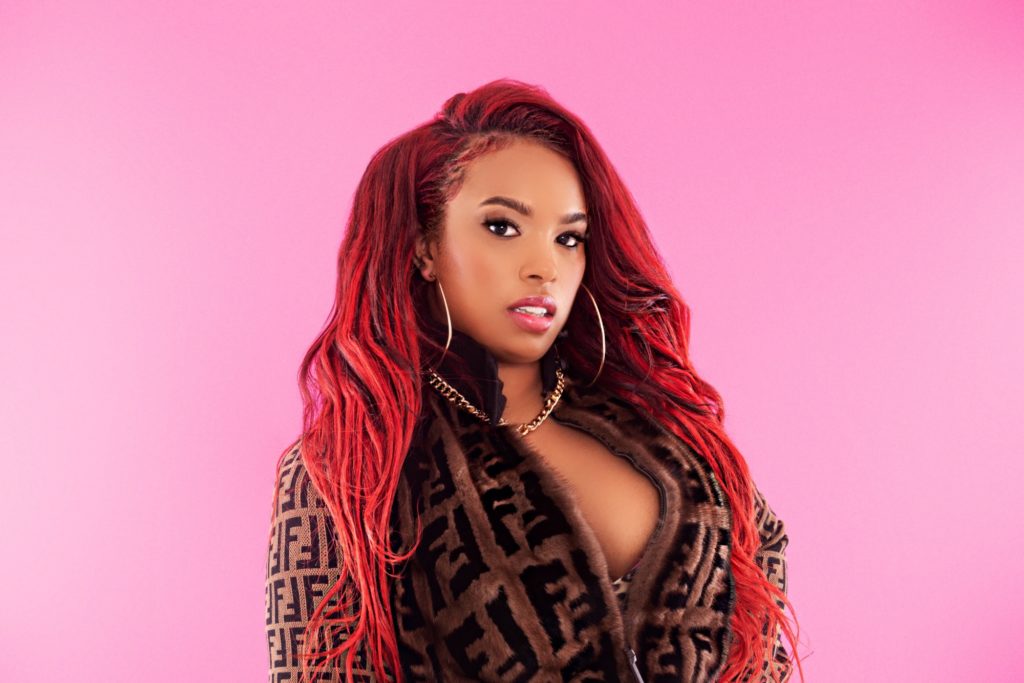 It’s time to take an intergalactic trip to Venus, and Ayoka is your guide. The astute singer-songwriter is ready to unleash her debut record into the world on November 2oth, an album centred around her deep love of astrology and spirituality. Ayoka is a Libra, which is ruled by Venus, which also rules every component of love and relationships, two aspects of life in which she has very strong beliefs.

As an album, Venus demonstrates the innate, vulnerable parts of love, attraction, commitment, and romance. As motivation and inspiration, Ayoka looked back towards some of her previous relationships, pulling from them things she wished she had said or experiences that she faced which offered her a deeper understanding of life and love. Throughout the album, she makes sure to pay her respects towards astrology, which she feels has offered her direction and guidance in her life and has helped her become the person she is today.

“I took a year writing Venus,” said Ayoka. “I took my time with it because I wanted to create an experience. Music always finds a way to reach the things we can’t access in ourselves in everyday life and I wanted to make music that pulls those things out of the listener.”

2020 has been a defining year in Ayoka’s career, representing herself as a respected songwriter and multi-instrumentalist. Prior to the release of Venus, she released the debut singles “Elevate” and “Need to Know” which introduced listeners to her honest lyricism and relatability. As a child, she was exposed to all sorts of different sounds and genres, most notably Red Hot Chili Peppers, Tupac, and Sade. Her stepfather got her interested in jazz and from there, she developed a keen interest in learning to play instruments, understanding melodies, and making sense of song structures.

Artists as insightful and intelligent as Ayoka don’t come along very often, so we took the opportunity to speak to her at length about Venus, how it was recorded, and her talents as a multi-instrumentalist.

Venus is an impressive album, full of different sounds and musical styles that demonstrate a lot of diversity in you as an artist. Did the finished product stay pretty close to your original vision or is this a much different record than you initially intended to record?

Ayoka: “I definitely wanted to give variety on this project because I feel like it really rounds out the listening experience. Every single record started off with a very intentional emotion or vibe that I wanted to convey. I recorded drafts in my home studio, memorized them, and laid them in the actual studio identical to my final drafts. So from start to finish, the product was consistent. If I didn’t like the way a song was flowing, I scrapped it along with the concept. The key to flow for me is to remove any force from my creative process.”

You mentioned that it took about a year to write and record the album. Did you ever get impatient with the process, or were you always intent on taking your time?

“There were times I became worried about being able to write another song because I wait for the moment I feel inspired to write. I didn’t feel impatience because I know that moving organically and freely creates the most ‘evolved’ version of a project no matter what medium I’m looking to do that through. So no, I didn’t feel impatient, just moments where I felt I needed to trust my personal process and myself.”

With Venus being a debut album, it’s an introduction of sorts for you as an artist and a musician. Does it make you at all anxious thinking about what people’s reactions are going to be like towards this album?

“Oh, definitely! This album is a very raw look at my internal processes. The way I view the world, myself, and love. The way I approach the dating scene and romantic interests. Venus really encapsulates around ten years of different versions of who I’ve been, who I am, and what I strive to achieve in love and relationships. Not only that, but I love every song on the album. It’s like sharing my favourite playlist with a new friend and hoping they like it as much as I do (laughs).”

Venus is certainly a different kind of album. At its heart, I suppose you could consider it an R&B record, but there are so many more influences present through these nine songs. What are some of your favourite artists that you looked to when you wrote these tracks?

“There are a few artists who I believe my musical style developed around from growing up listening to them daily. Those influences would be Maxwell, Little Dragon, Corinne Bailey Rae, and Erykah Badu. All of these artists are so authentic and personal. I really admire them for that.”

I’m curious as to whether you worked with any collaborators when you were writing Venus. Did you receive any help in this regard or is this a complete self-effort?

“This is all me! (laughs) I let my close friends listen to the final product to see if they vibed with it, but usually, when I write, I’m in a dark room at 12 am recording whatever comes to mind and restructuring until I feel like it’s ‘complete.’”

“I would definitely say all of the above. Music is often cathartic for me, so I like to really layer the emotional shading so everyone experiences something different when they listen.”

Now astrology is a significant influence on this album. What prompted your interest in astrology?

“I really wanted to know why we act the way we do as humans. So I picked up an interest in psychology and astrology around 18 and never looked back.”

Aside from your talents as a vocalist, you’re also quite an accomplished instrumentalist from what I understand. What are some of the instruments at which you’d consider yourself most talented?

“I’ve actually been a guitarist for 13 years now. I rarely play anymore because I love my nails (laughs) and I’m pretty good at the piano as well. I’ve learned to play the clarinet and trumpet, but I don’t play those as often anymore.”

When you’re so close to something like an album, it can be hard to take a step back and reflect, but if you had to pick one aspect of Venus you’re most proud of, what would it be?

“Hmm, I’d say I really stepped outside of my comfort zone as a vocalist and truly worked out of my full range on this album. From B2 to B6, I wanted to make sure I brought range! (laughs)”

You’re certainly off to a strong start in your recording career with Venus. Are you beginning to develop more ideas for future songs and/or albums?

“Thank you! Definitely. I have really fun concepts for my next album and I’m looking forward to pushing some limits and stepping outside of the mainstream mould on a few tracks.”