Are you looking to be pleased today? No, not in that sense. Get your mind out of the gutter, will you? Pls Pls Me has arrived to take care of you with the debut of their new EP, Too Late. The Brooklyn-based twosome’s record boasts four exceptional new tracks that cover the spectrum of electro-pop, minimalist dance music, and bold experimentation, all within the confines of trip-hop music.

Too Late has been a long time in the making; the product of two friends and collaborators spending countless hours sharpening their sound together on FaceTime, in recording sessions, and at many an open mic night. It’s been a lot of determination and trial and error which has driven Pls Pls Me to this point, ready to unleash their debut EP on Friday which will showcase their flair for their post-modern fusion of hip-hop and electronica.

Speaking to where Too Late sits thematically, the duo said, “These songs are all about moments where something, whether something inside you or in a relationship, is changed and there’s just no going back. They were written from a perspective of both facing and running from pain. Life is real and so are regrets. These songs are all about an awakening, something you can never un-know once you know it.”

Based in Brooklyn, Pls Pls Me has become one of their local area’s most recognizable trip-hop acts since their inception on New Year’s Day of 2016. The queer electro-pop duo consists of singers and multi-instrumentalists Jimi Fish and Jessie Torrisi who realized they had some serious musical chemistry after bonding over their similar musical tastes which led to some songwriting about sex, longing, and surviving the Donald Trump era of America.

Musically, Fish and Torrisi revealed themselves to the world with last year’s debut single “PLS YOU” and now are ready to push their genre forward with Too Late. With swagger and a knack for writing catchy and clever songs, Pls Pls Me would be so happy to pls pls you. 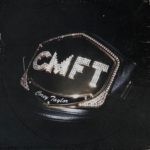 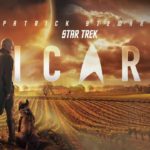