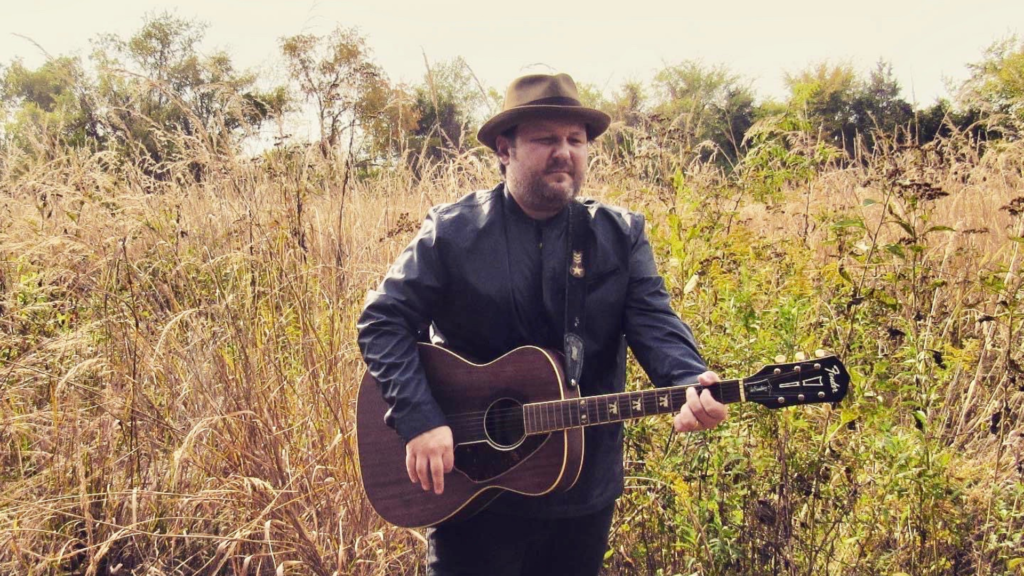 A multi-talented musician, Christopher Griffiths plays bass, guitar, keys, synth, harmonica, mandolin, and upright bass. Heavily influenced by an array of artists from Bob Dylan and Bruce Springsteen to Dr. Dre and Iggy Pop, Griffiths is drawn to authentic lyrics that provide the listener with a story. Calling his sound “Garage Rock for Disco Lovers,” the heartfelt singer/songwriter has also dabbled in Americana and Pop genres. He’s been kicking around a while, playing in bands since he was thirteen. His discography includes a Juno Award for his songwriting on Crystal Shawanda’s Just Like You, bass playing on Will Hoge’s newest album Tiny Little Movies, and the 2018 release of My American Dream, to name a few.

Releasing a new addition to his discography on October 29th, imPRESSED is proud to premiere the music video for his newest single “Take On You.” Following his debut EP, Midlife Pop Crisis, released in June of this year, Griffiths penned a song that conveys the feeling of being adopted. Proceeds from the song will be donated to the L.A. Animal Rescue. We sat down with Christopher to ask a few questions about the new single and find out what’s next for this budding artist. Take a read below!

You are releasing your new single “Take on You” on Thursday, October 29. What’s the story behind it?

Christopher Griffiths: “I was talking to my sister, Cindy Drummond, one night and she was telling stories of her time working with the L.A. animal rescue. She’s an actor, but still finds a lot of time to donate and help stray animals. Having lived half my life as a stray animal, I sat down that night and wrote something I thought conveyed that feeling, the moment of adoption. I have five rescued animals myself, so it’s a feeling I’m very familiar with.”

“Well, the idea for the video is mostly just how pets change our lives. With COVID-19 still out there I didn’t think it fair to gather a bunch of people together to shoot a video. But, I feel very clever about this, I did find a way for them to send me pet home videos I can edit into a music video. So every day I open my email to pictures and videos of dogs and cats playing.”

Why did you pick to work with the L.A. Animal Rescue?

“My sister works there and she inspired the song, so I thought it would be fitting to donate the proceeds from the song to them. And it’s not the only animal rescue I hope to donate to, I would like to pick one right here in Tennessee.”

“I hope it gives them a moment to remember that giving your time to care for someone or something can be just as rewarding as receiving care. Hearts work best when they are open, even when it’s scary. So if you’re having a hard time having an open heart, I’ll keep mine open for you. That’s what I think the song is about. Let me take on you.”

“A new EP. This one is pretty different from my last EP. It has a lot of acoustic guitars. But I am my own label so I get to do whatever I want. Maybe, in the end, we’ll do a vinyl with both EPs combined. A party side and an ugly-cry-in-your-car side. You never know!”