Time… It’s that precious asset that we can never get enough of. We worry about how to manage it, what to do with it, how to spend it, and how it keeps slipping away. It’s all taken up at length on 2 Far South’s brand new single “Out of Time.” Along with the single release, the duo has put out a rousing and emotional music video of the guys putting all the power they have into the performance.

Even though they just issued an EP titled 20/20 Vision back in March, the twosome is already back at it with new music that furthers their musical evolution towards being a more polished musical act. The EP featured a range of styles and influences that lean heavily on 1990s alternative and grunge, but complete with a pop twist. The loud chorus, soft verse format may have suited 2 Far South for a time, but they’ve now modified it to include a more pop-rock sound that better fits into the structure of today’s rock. ‘90s die-hards, as well as fans of modern rock, will find a lot to like here.

Commenting on the theme of the song, lead singer and guitarist Peter Pote said, “What is time? We all have a certain amount of it until it runs out for us. The most valued form of currency a person has to spend wisely. Quite peculiar that this life or illusion we find ourselves in is so full of distractions hijacking our attention away from the present tense which has no time past or future. Now is all that matters Now equates to ‘Out of Time.”

20/20 Vision is the follow up to the duo’s 2018 full-length release Truth BE Told? Pote first met his partner, drummer Johan Åberg, when he relocated from his native South Africa to Sweden in 2014. Pote is formerly a member of Evolver One, a successful act that released four albums and had the opportunity to play shows with bands like Oasis, Snow Patrol, and Three Doors Down. Åberg was busy drumming for a smattering of local bands in the small town of Vittsjö when he met Pote. After a jam session, it was time to rock and 2 Far South was formed.

Achieving more chemistry and greater musical heights by the day, 2 Far South may not be your average grunge revivalist, but if you give them just a little chance, you’d see that all they are doing is adapting the genre and more neatly fitting it into our complex and ever-changing musical world. 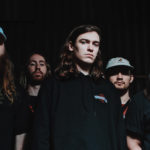 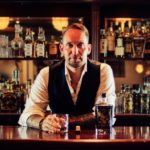